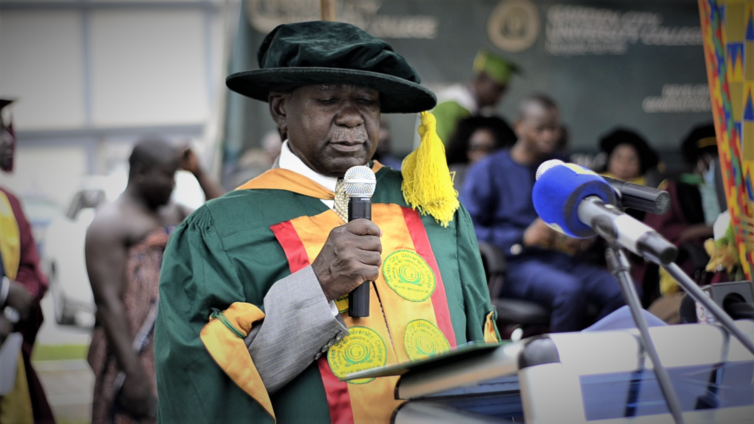 The Founder of Garden City University College has bemoaned the lack of government support for private universities.

He made this submission at the 14th Congregation of the University in the Ashanti Region.

Student enrolment at the Garden City University College since its establishment has been on a low trend until it recorded over 95% increase in its 2021/2022 academic year.

Management attributes the low enrollment6 to inadequate support, including infrastructural development from the government.

“We have in the past wished that the national purse will support our institution but the usual familiar response has been, this is a private entity and should not be supported with the public purse

“We need to have a holistic view of this matter. Garden City University College like other private institution don’t train the man power for the private sector. We train for the public and private sector,” he said.

The 14th congregation was on the theme: “Transforming Higher Education through Digitalization: Prospects and Challenges”.

Director of Accreditation and Quality Assurance of the Ghana Tertiary Education Commission, John Dadzie-Mensah, stressed the essence of digitalization of the educational system.

He says, “the government is committed to facilitating processes to augment the IT sector at the tertiary level to keep students abreast with global technological advancements”.

Over 1,200 students graduated from the Wa, Tamale, Takoradi and Kumasi campuses of the university.