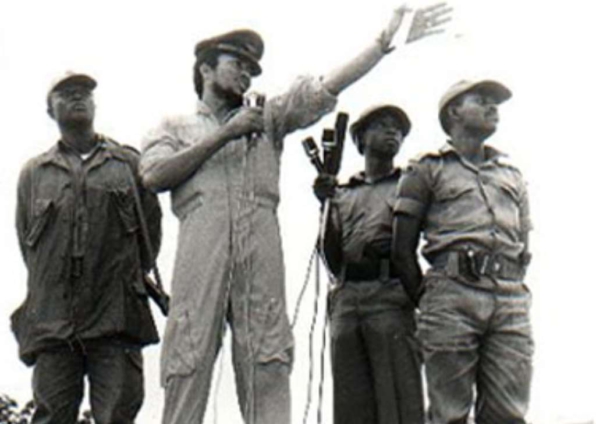 Former Special Prosecutor, Martin Amidu says it is about time committed cadres that served with former President Rawlings during the 4th June and 31st December Revolutions, as well as under the 4th Republican Constitution come together to complete the work they had started.

According to him, the former President’s exploits towards enforcing accountability and probity into Ghana’s governance system have remained unaccomplished and in some areas are coming undone due to a lack of commitment by successive governments.

“First, several reverses have taken place since 7th January 2001 against the interest of the ordinary people of Ghana as enshrined under the 1992 Constitution.

“This country cannot make any meaningful progress in the absence of a strict commitment to probity, accountability, and transparency in governance as mandated by the 1992 Constitution that the late President Rawlings bequeathed to this nation,” he said.

He added that Rawlings’ social democratic tradition has been at its lowest ebb even now during the celebration of his demise “and renders at naught all the struggles for a better Ghana as the Black Star of Africa since independence.”

“The Rawlings’ social democratic tradition was to ensure genuine political, financial, and economic transparency in the handling of our common patrimony which is the democratic representative electoral process, the national purse, and the management of our collective natural resources,” he explained.

According to him, the failure of successive governments to continue in the path led by the former President convinces him that it is only those closest to him, who served under him during his tenures will be able to follow the path.

He has thus called for a reconciliation and unification of the cadres to fight for what Rawlings stood for.

“The occasion of this anniversary, for me, is a reminder that unless and until the genuine comrades, colleagues, and younger supporters of our departed President Emeritus Rawlings bury their differences, (which was manifest long before his demise) and unite, the social democratic tradition he initiated and sustained in his lifetime would elude the ordinary Ghanaian whom he so strenuously led us to fight for and defended to his last breath on 12th November 2020,” he said.

He hopes that the remembrance of the demise of the former head of state will reignite the passions of his committed cadres to unite and fight for the vision he epitomized.

“May the remembrance of our dear late Chairman and President Rawlings. Today touch the hearts of those who have inherited his mantle to reach out to every cadre and member who had associated with him during his lifetime and to bring unity amongst all his accolades,” he said.

DISCLAIMER: The Views, Comments, Opinions, Contributions and Statements made by Readers and Contributors on this platform do not necessarily represent the views or policy of Multimedia Group Limited.
Tags:
Governance
Jerry John Rawlings
Martin Amidu