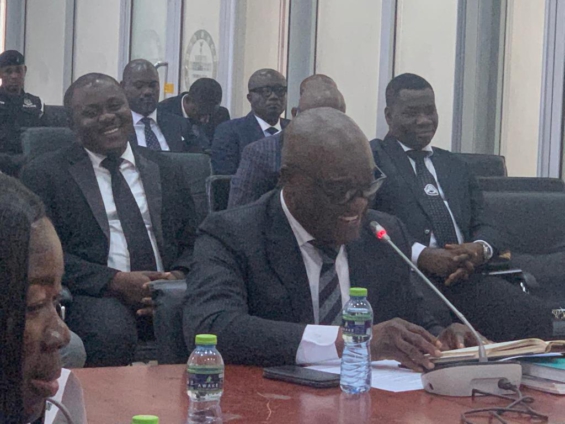 A judge nominated to the Supreme Court has admitted he failed to comply with the Asset Declaration Law when he took office as a High Court Judge in 2020.

Justice Ernest Yao Gaewu told the Appointments Committee of Parliament during his vetting on Wednesday, October 19, that he filled the forms as was required but simply forgot to submit them.

“It just got lost on me. I am sorry about that; I’ve apologised to even the Chief Justice,” he said.

Article 286 (1) of the 1992 Constitution states that “a person who holds a public office mentioned in clause (5) of this Article shall submit to the Auditor-General a written declaration of all property or assets owned by, or liabilities owed by him whether directly or indirectly (a) within three months after the coming into force of this Constitution or before taking office, as the case may be, (b) at the end of every four years; and (b) at the end of his term of office.”

The Constitution requires the declaration to be done before the public officer takes office.

Justice Gaewu explained that the situation occurred as a result of his busy schedules as a judge.

“The work of a judge is such that when you rise from your house straight to the courtroom, your whole attention is on court and attending to your matters. You get home, you have to write your rulings and come back the following [day].”

Meanwhile, he stated that it will be quite unfair for anyone to say he failed to declare his assets because he was negligent.

“Mr Chairman, negligence is too strong; it got lost on me,” he rejoined.

The law requires that public office holders submit to the Auditor-General written declarations of all property or assets owned by, or liabilities owed by them, whether directly or indirectly.

They are to declare their assets relating to: (a) lands, houses and buildings; (b) farms; (c) concessions; (d) trust or family property in respect of which the officer has a beneficial interest; (e) vehicles, plant and machinery, fishing boats, trawlers, and generating plants; (f) business interests; (g) securities and bank balances; (h) bonds and treasury bills; (i) jewellery of the value of ¢5 million [now ¢500] or above; objects of art of the value of ¢5 million or above; (j) life and other insurance policies; (k) such other properties as are specified on the declaration form.

During his vetting, it emerged the Supreme Court judge nominee had a political affiliation to the New Patriotic Party (NPP).

A question was posed by Member of Parliament for Bodi, Sampson Ahi, on how he would adjudicate a matter between the NPP and NDC when appointed.

But in response, Mr Gaewu said he is no longer a member of the NPP, adding that he seized to be one in 2020.

He also explained that he will always apply the law firmly irrespective of the partisan colours of cases that come before him.

Although he was an NPP member, he now belongs to the bench.

Touching on the death penalty, the judge said it ought to be scrapped, especially when some convicted persons go to prison and are later cleared of any wrongdoings or find themselves in a case of mistaken identity.

His position was supported by a colleague nominee, Justice Samuel Kwame Adibu Asiedu, who also called for its removal.

Although existing in law, no president – since the inception of the fourth republic – has signed the death warrant of persons sentenced to death.

The MP of Madina, Francis-Xavier Sosu, and some MPs are sponsoring a private members bill to remove the death penalty.

The Judge told the Committee, he would always uphold the laws of the land and will not be influenced by political colours.

The Committee has wrapped up its work on the four nominees and is expected to present its report next week when Parliament reconvenes after a three-month break.

DISCLAIMER: The Views, Comments, Opinions, Contributions and Statements made by Readers and Contributors on this platform do not necessarily represent the views or policy of Multimedia Group Limited.
Tags:
Appointments Committee
Asset Declaration
Ernest Yao Gaewu
Supreme Court