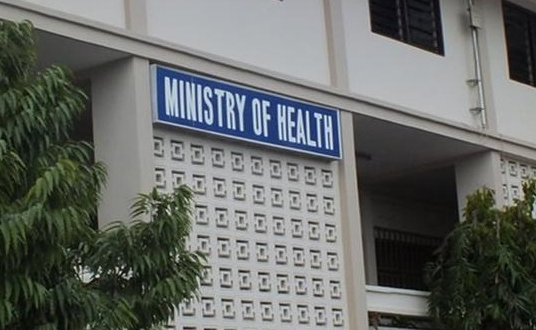 The leadership of the Ghana Physician Assistants Association (GPAA) has asked its members to suspend renewing their licences with the Medical and Dental Council (MDC) until the Health Ministry establishes a sole regulatory body for the association.

According to the Association, since it joined its current regulator, the MDC, in 2010, the Physician Assistants have not witnessed progress in their careers.

GPAA believes that the creation of a sole regulator would ensure that their members strive in that area.

This was contained in a press release signed by the President of the Association Peter Akudugu Ayamba, the General Secretary, Peter Eyram Kuenyefu and other executives.

“Suspend the renewal of licenses with the Medical and Dental Council (MDC) for the ensuing year, 2023 until the Ministry of Health comes out with modalities of getting our own regulatory body through the amendment of the Health Professions Regulations Bodies Act, 2013 (ACT 857),” the leadership said.

The December 27 statement said the reason for the move was because the MDC did not recognise the contribution of Physician Assistants to the medical profession and was therefore contesting the GPAA in court.

“MDC through the Registrar is fighting us in court describing us as non-medical practitioners contrary to the provisions in the Health Professions Regulations Bodies Act, 2013 (ACT 857),” the statement read.

The GPAA says although it had applied to its regulator, the MDC to help with career progression it stated that that was the sole responsibility of the MOH but the Registrar of MDC is on tape claiming to have lobbied for funding and sponsorship for career progression for another cadre of professionals it regulates. This act the association described as ‘double standard.’

Again, the GPAA believes the MDC is trying hard to alter the curriculum for the training of Physician Assistants by removing certain important medical course contents which hitherto were offered in order to render the future its members unfit to practice medicine and dentistry.

The release noted that several attempts by the Association to secure a hearing with the ministry of health have proved fertile for which it was necessary to ask its members to suspend the stop renewal of licenses with the MDC.

The association further said that it should not be blamed for any disruption in healthcare service delivery as a result of the non-renewal of our license with MDC for 2023 which puts us in a position not to practice as we enter into the year 2023. The blame should be put at the doorsteps of the employer (MoH) and regulator (MDC).

Find the full text below:

DISCLAIMER: The Views, Comments, Opinions, Contributions and Statements made by Readers and Contributors on this platform do not necessarily represent the views or policy of Multimedia Group Limited.
Tags:
Ghana Physician Assistants Association
Medical and Dental Council of Ghana