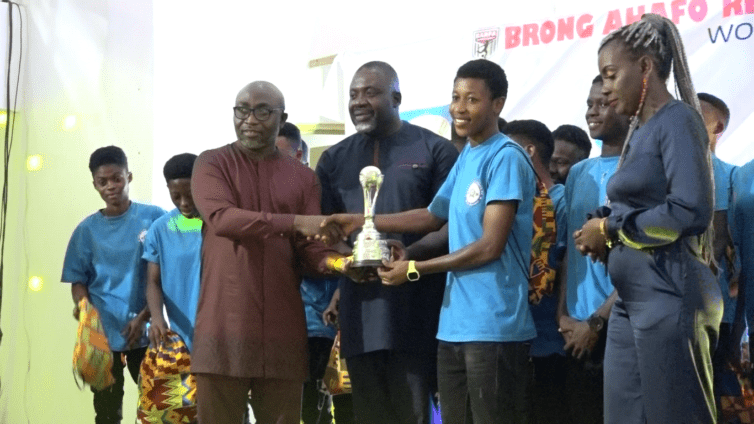 The Ghana Football Association (GFA) has appealed to female players to take their education seriously, even as they play football.

General Secretary of the Association, Prosper Harrison Addo also said the FA is pursuing policies that create educational opportunities for the players to prepare them beyond their football career.

“The GFA would be amenable to support any educational venture in support of women football”, he stated, adding that their doors are open to working with the teams and players who are educationally gifted and would want to pursue careers beyond football.

He further explained that the GFA is partnering with universities in America and other countries to support such young ladies.

“The plea is that, while playing football, take your education seriously because there are opportunities from the Universities, and the GFA would pursue it vigorously. In the coming season, some of our girls would stand the chance of going to universities abroad to study while still playing football”.

The General Secretary of the GFA, Prosper Harrison Addo, spoke at the maiden Brong Ahafo Regional Football Association (BARFA) Women Division one league awards in Sunyani. It was to reward distinguished players at the end of the season.

Mr. Harrison Addo also noted there are many policies by the FA to improve the women’s game, including the free distribution of over 6,000 footballs and the non-payment of officiating fees.

The new direction, he also said, is to increase the current women’s premier league teams of 16 to 20. This, among others, he believes would afford the teams more playing time while the women division one team compete for 4 slots into the premier league every season.

The BARFA chairman, Ralph Gyambrah, acknowledged the challenges in the development of the women’s game but said with determination and hard work, it could move to a higher level in the region.

He pointed that the region is the hub of football, and they want to be seen to be doing more in the area of women’s football as well, hence the need for all stakeholders to join in encouraging and unearthing the talents of the young ladies.

The overall best player, Rachelle Ankamah, who dreams of becoming a soldier in the future, relished the impact football is already having on her life.

“All my lifetime, I never had this chance or level of support because I come from a poor background. So I’m excited about the support from the sponsors to further my education”, she said.

She, however, urged her colleagues to be disciplined wherever they find themselves as it is the only means of success.

Special educational scholarship awards, sponsored by Mr. and Mrs. Adams, owners of Darling Angels football Academy at New Dormaa in the Sunyani Municipality went to Jennifer Serwaa and Francesca Benewaa of Darling Angels Fc with ¢3,000 each, for 3years.

Rachelle Ankamah also had educational support of ¢6,000 for 3years.

The most promising player award went to Mariama Dawda of Darling Angels Fc, Sunyani. She took home books and boots, and her team also won the fair play team of the year award.

Each player of the team of the year, dominated by Gyagba Ladies FC of Wenchi, received a certificate and a rice cooker.