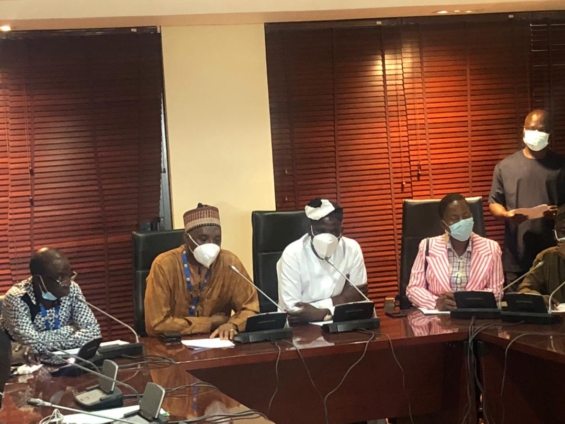 The Minority in Parliament says Chief Justice Kwasi Anin-Yeboah’s decision to hurl MP for Bolgatanga East to the disciplinary committee of the General Legal Council over comments allegedly made by the legislator against the Supreme Court is an attack on free speech and Ghana’s democracy.

Addressing the media on Wednesday, the Minority Leader, Haruna Iddrisu stated that the Chief Justice has acted in bad faith by referring Dr. Dominic Anyine to the Legal Council.

Mr Iddrisu stressed that the move is a threat to people criticizing the Judiciary, thus, will prevent others from expressing their opinions on issues of national importance.

“The Chief Justice finds the alleged disparaging comments totally unacceptable and we will like the General Legal Council to investigate this matter further,” he said.

He was speaking at a judicial review dialogue series last month on Presidential Election Petitions and their impact on Africa’s Democracy, organised by the Ghana Centre for Democratic Development (CDD Ghana) in collaboration with the Kwame Nkrumah University of Science and Technology (KNUST) Law Faculty.

This assertion was similar to an earlier statement he made during the hearing of the petition at a press briefing, on Tuesday, February 16, 2021, for which he was found guilty of contempt of the Supreme Court, but was discharged after apologizing profusely.

In the petition filed to the General Legal Council, the Judicial Secretary, Ms Cynthia Pamela Akotoaa Addo, stated that Dr. Ayine’s decision to repeat such statement has displeased the Chief Justice, thus the call for him to be investigated.

However, Mr Iddrisu stated that the Chief Justice must accommodate the comments made by colleagues since judgments by the judiciary are always open to discussions and criticisms.

The Tamale Central MP further questioned if the Apex Court will punish the organisers of the event as well.

Mr. Iddrisu used the platform to call on the Chief Justice to reconsider his request to the Disciplinary Committee of the General Legal Council to investigate the alleged statements made by Dr Ayine in the interest of peace, national cohesion, and the protection of Ghana’s democracy.