Tales from an abused soul 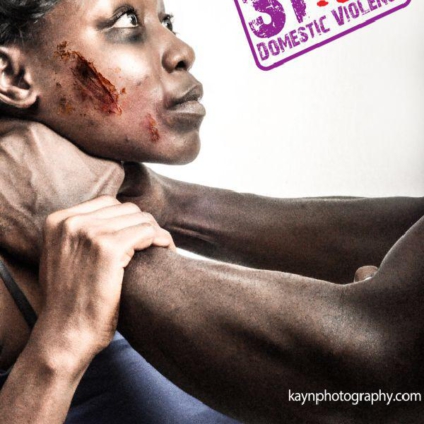 He looked at me shocked, and opened his mouth to speak but no words came out. I smiled and told him not to worry. He finally found his voice and said he was sorry to hear all that I have been through, but I told him it was fine.

I was used to people giving me this reaction anytime I shared my story with them. To most of them, I was not one to keep quiet about an issue, I have a powerful voice, I know the law, I know the right institutions to report to and in fact I did not have any reason to keep things to myself. And most importantly, I have been advocating for girls and women empowerment.

I met this gentleman and we fell in love with each other and decided to have a relationship. It was fun, we traveled, did a lot of crazy stuff together, made plans about our future and did almost everything together. Everyone who met us said we looked happy together and wished us well.

In fact, our relationship was the envy of many. Sooner than later, we started having issues in the relationship, the lovey-dovey ended, everything became boring and annoying, we tried to make things work but everything was just falling apart.

We had a lengthy conversation and decided that we would work things out but things were moving from bad to worst. He started abusing me physically, emotionally and sexually, each time, I told him I had had enough and would want to walk away, but he would cry and plead and promise that was his last time ever, but the story would repeat itself.

All this while, I never told anyone about what I was going through, how would I even start? That the gentleman with whom I looked so happy was abusing me? Even when he beat me and my eye got badly affected, I just stayed indoors and nursed myself. Going to the hospital would have meant involving the police and I didn’t want my boyfriend to be picked by the police.

After all, he said he was sorry and he regretted his actions. He even helped me nurse my eye, he was there for me till I healed completely. So why would I let the law take him?

So we were on and off, it became a cycle, he abuses me physically, emotionally, sexually and mentally, I get hurt and sometimes wounded, he apologizes, changes for a while, and the abuse starts again.

All this while, we were preparing to get married. Yes! I wanted to marry him and spend the rest of my life with him. I felt I had seen the worst he could possibly do to me, besides I had invested so much resources in the relationship. I also knew that time was no longer on my side, I was getting older and wondered how I would start all over again. Meet a new person, learn about them, give my body, plan all over etc, well that was too much work for me.

One day, the unexpected happened. He came home to find me conversing with a male neighbor, he was angry and gave me the beating of my life when I went inside the house. He pushed me and I slipped and fell, the door was slightly opened so I rolled outside and hit my head on the steps and I became unconscious. I woke up in a hospital bed, I have no idea who took me there. He? He went into hiding.

Don’t insult me in your head, I know I was being stupid and following love blindly. But I know I am not alone in this, there are a lot of young men and women who are in similar relationships, suffering in the hands of their partners and still protecting those partners.

In recent times, it was all over the place, women being murdered by their partners, most of whom they are not married to, yet they stay in such abusive relationships. Relationships they can easily walk away from, sometimes all you have to do is make a decision that you are no longer interested in the relationship, pack and leave. It is always difficult to start all over again, but I don’t think it is a difficult thing to do in exchange for having peace of mind and maintaining your sanity.

In recent times, we are privy to more cases of domestic abuse in the Ghanaian society. This isn’t because the cases are necessarily going up but because we are in a digital age where information dissemination is quite easier and faster. Statistics from UN-Women and NCADV shows fewer than 40% of women who experience violence seek help of any form.

Globally an estimated 1 in 3 women have been subjected to abuse (that’s about 736 million women) and this figure does not include sexual harassment. In the year 2020, statistics from unwomen.org shows that phone calls to helplines increased 5-fold primarily due to the Covid-19 pandemic which restricted movement and subjected victims of abuse to live with their abusers for months without any form of escape.

A lot of us ‘observers’ admonish victims of abuse as to why they chose to stay in an abusive relationship when they could have left. Well, sorry to break your bubble but it’s not as easy as it seems.

There are other reasons which include but not limited to:

● The victim is brainwashed that there are good times and bad times in a relationship and that the abuse is just a part of the bad times.

● Unresponsiveness of authorities to reports of abuse.

● Unsupportive friends and family, leaving the victim no choice than to endure whatever abuse is being meted out to them just because the abuser funds their livelihood.

● And for those already married, cultural and religious beliefs that divorce is ‘bad’ and makes you a ‘sinner’ and also the belief that two parent households (with abuse) are better off for children than single parenting.

These and many other unconventional and parochial mentality trap people (women mostly if not all the time) in abusive relationships.

As friends and family, we have a big role to play in the lives of these victims of abuse. How can we help?

● By not being quick to judge but always having a listening ear and providing unflinching support to the victim all through.

● By understanding not everything can be fixed and not trying to ‘fix’ people’s lives and predicaments. Most times the best way to fix a problem is opting out

● By testifying and willing to go through all processes with the victim to put the abuser away for good.

And to victims of abuse of any kind, it’s okay to seek help, it’s okay to walk out without feeling any iota of guilt, it’s okay to say enough is enough, it’s okay to love yourself more and not be a punching bag for anyone. Most of us see the early signs of abuse in the early stages of our relationships but choose to stay with hopes of the person changing or maybe because the abuser always apologizes and buys you presents and treats you well for a few days after being abused and we in turn feel ‘loved’.

No. That isn’t love, love isn’t abusive, love isn’t disrespectful and love isn’t hurtful. The earlier you break free from an abusive relationship, the easier it is and the better your mental health.