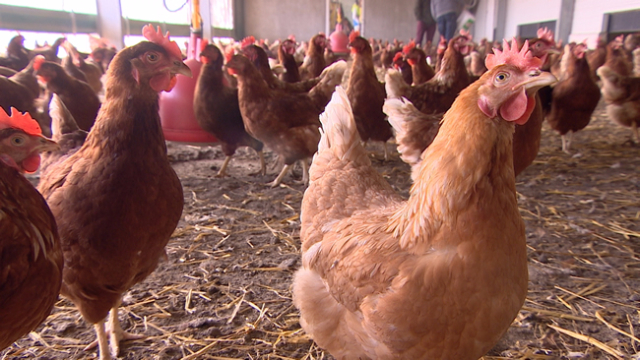 An animal rights group in Tanzania has criticised the burning of more than 6,400 live chickens illegally smuggled from Kenya to curb the outbreak of diseases such as bird flu.

The chickens were burnt by officials of the Ministry of Livestock and Fisheries, and members of the security forces after they were seized at the Namanga border post on Monday night.

Tanzania Animal Welfare Society executive director Thomas Kahema said there were more effective ways to tackle the problem, and it would have been better to return the chckens to Kenya than to burn them, Tanzania's Citizen newspaper reports, adding that there has also been criticism on social media.

“The decision has distorted image of the country to our neighbour," Mr Kahema is quoted as saying.

Businesswoman Mary Matia, 23, brought the chickens, worth more than $5,000 (£3,800), from Kenya and watched with sadness and disbelief as they were burnt, the BBC's Balthazar Nduwayezu reports from Namanga town.

Tanzania banned chicken imports about a decade ago following the outbreak of bird flu in the region.

Why did we burn them? Because they came in without any permits."

The chickens were mostly smuggled at night, endangering the health of Tanzanians, veterinarian Medard Tarimo was quoted by The Citizen as saying.

An outbreak of avian flu in Uganda earlier this year led to the deaths of thousands of domestic and wild birds.