Tanzania Precision Air crash: ‘I tried to save pilots but was knocked unconscious’ 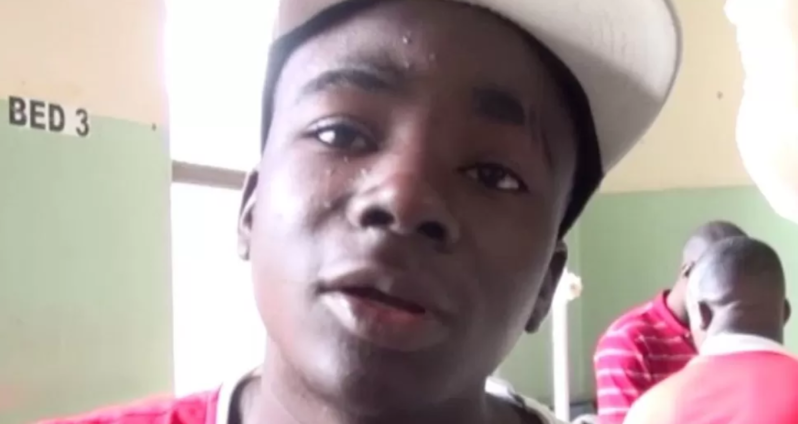 Majaliwa Jackson was one of many local fishermen who tried to save those on board the plane [Image source, Charles Mwebeya TBC]

A fisherman who was one of the first responders at the site of Sunday’s plane crash which killed 19 people in Tanzania’s Lake Victoria, has described how he tried to save the pilots stuck in the cockpit and how he nearly lost his life trying to rescue them.

Majaliwa Jackson has been officially declared a hero, awarded 1 million Tanzanian shillings ($430; £370), and offered a job in the fire and rescue brigade for his efforts.

Speaking to the BBC from his hospital bed in the lakeside town of Bukoba before the government announcement, Mr Jackson said he panicked as he saw the passenger plane approach from the wrong direction, before plunging into the lake.

He rushed to the scene with three fellow fishermen and helped to open the rear door by smashing it with a rowing oar which helped passengers seated towards the rear of the plane to be rescued.

Mr Jackson said he then moved to the front and dived into the water. He and one of the pilots then communicated with each other by making signs through the cockpit window.

“He directed me to break the window screen. I emerged from the water and asked airport security, who had arrived, if they have any tools that we can use to smash the screen.

“They gave me an axe, but I was stopped by a man with a public announcement speaker from going down and smashing the screen. He said they were already in communication with the pilots and there was no water leakage in the cockpit,” Mr Jackson said.

He added that after being stopped he “dived back and waved goodbye to the pilot”.

But the pilot then indicated that he still wanted to be rescued.

“He pointed out the cockpit emergency door to me. I swam back up and took a rope and tied it to the door and we tried to pull it with other boats, but the rope broke and hit me in the face and knocked me unconscious. The next thing I know I was here at the hospital,” Mr Jackson said.

Both pilots are among the 19 confirmed fatalities after the plane – operated by Precision Air, Tanzania’s largest private airline – crashed near the shore of the lake.

Of the 43 people on board there were 24 survivors, according to Precision Air.

Mourners have been paying tribute and walking past the coffins of the 19 victims at a funeral service being held at the local football stadium in Bukoba.

Tanzania’s Prime Minister Kassim Majaliwa is among the mourners.

Earlier, he said an extensive investigation would be carried to establish the cause of the crash.

The plane left the commercial capital Dar es Salaam on Sunday and made a scheduled stop at Mwanza before it crashed at around 08.50 local time (05:50 GMT) as it was approaching Bukoba airport.

The airport has been closed until further notice.

DISCLAIMER: The Views, Comments, Opinions, Contributions and Statements made by Readers and Contributors on this platform do not necessarily represent the views or policy of Multimedia Group Limited.
Tags:
Lake Victoria
Pilot
Precision Air
Tanzania