Taunts of going to hell for being gay pushes 12-year-old to commit suicide - MyJoyOnline.com 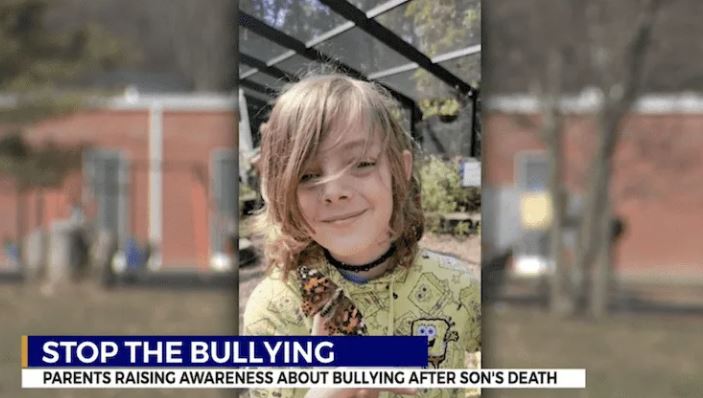 A seventh-grader in Tennessee committed suicide after classmates bullied him for what he wore and how he dressed, saying that he will go to hell for being gay.

Eli Fritchley took his own life on November 28. He went to Cascades Middle School in Bedford County. He played trombone and participated in marching band, according to local TV station WKRN.

According to his parents, Fritchley wasn’t afraid of being himself.

They said that Fritchley liked to paint his nails and loved pink. He also wore the same SpongeBob sweatshirt most days.

“I think probably because he was in the same clothes every single day that they used that as a weapon,” Fritchley’s mother, Debbey, told WKRN. She said Fritchley loved doing laundry though.

“He was told because he didn’t necessarily have a religion and that he said he was gay that he was going to go to hell. They told him that quite often,” Debbey added.

Though his parents knew he was being bullied, they say they didn’t know the extent of how Fritchley was feeling.

“It was really abusive. I don’t think it was ever physical. I think it was just words, but words hurt. They really hurt,” his father, Steve, told WKRN.

“This has just blindsided us. This is something we would have never, ever expected.”

Debbey said he was loved more than he realized, but he was still failed.

Now Fritchley’s parents are looking to make sure a child or parent doesn’t go through what their family is going through. They want to set up a foundation to educate people on bullying and suicide awareness.

A local restaurant, Penalties Sports Bar & Grill, is helping by creating a GoFundMe.

“This is a growing area and I think people need to be more accepting of new people, whether they like them, whether they are the same as them, everybody’s different. Accept them and respect them and parents need to focus on that with their kids more,” said Shondelle Lewis, co-owner of the restaurant.

“We are absolutely shocked and devastated by this news,” said Superintendent of Bedford County Schools Tammy Garrett. “Anytime someone takes his or her life, especially a child, it is nearly unbearable. Our hearts go out to his parents and family as they deal with this terrible loss.”

Garrett said that the school district will investigate creating additional social and emotional education programmes for local schools, especially in the middle and high schools.

In addition to his parents, Flitchley leaves behind five brothers.