Taxi driver fined for refusing to participate in clean up exercise - MyJoyOnline.com

Taxi driver fined for refusing to participate in clean up exercise 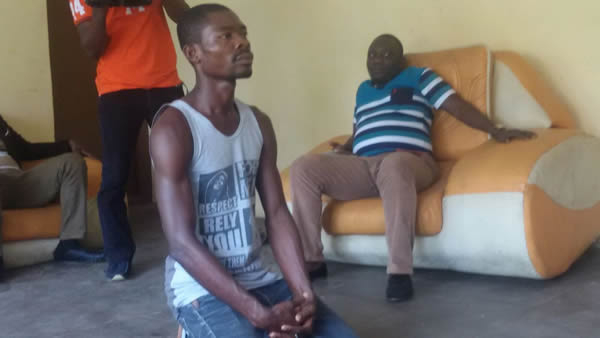 A 22-year old taxi driver at Prestea Heman in the Western Region who refused to take part in a communal labour last Saturday was fined ten shovels by chief of the area, Nana Nteboah Prah III.

The taxi driver, Kofi Arko was asked to provide the shovels when he was hauled before the chief and elders of the area.

Last Saturday, the people of Prestea Heman embarked on a communal labor to clean the community.

During the clean up exercise, no commercial vehicle was allowed to operate.

The almost four hours exercise, which was an initiative of the chief and elders of the mining community, saw the people clearing heaps of refuse and desilting chocked gutters.

Prior to the exercise, the chief of Prestea Heman, Nana Nteboah Prah III, decreed that no vehicle in the area should move until the exercise was over.

However, while the people were busily taking part in the exercise, the taxi driver allegedly defied the orders of the chief and decided to move his vehicle.

When the driver got to a point where majority of the residents were working, the people asked the driver to stop and participate in the exercise.

The  taxi driver initially refused to stop until he was forced to do so by the people.

The driver who hailed from the Central Region but plying his trade in Prestea Heman, then locked the doors of the vehicle and blatantly told the people that he would not take part in the exercise.

The taxi driver, described as very pompous by the people, was reported to have bragged that there was no elder in the community who could punish him for not taking part in the communal labour.

Later, a report was made to the chief and the elders of the town.

The driver was subsequently summoned to the chief’s palace after the exercise for questioning.

At the palace, the chief and the elders rebuked driver Kofi Arko for his alleged rude behaviour.

After a protracted closed door meeting, the chief and his elders asked the driver to provide ten shovels after the District Chief Executive (DCE ) and MP for the area Wisdom Cudjoe and Kwasi Blay respectively had intervened.

The chief warned that the punishment would be greater if the driver refused to respect the elders and obey their instructions.

The DCE cautioned the youth in the area who were fond of insulting the elders through their phone calls on radio stations to learn a lesson from the driver’s case and desist from that behaviour.