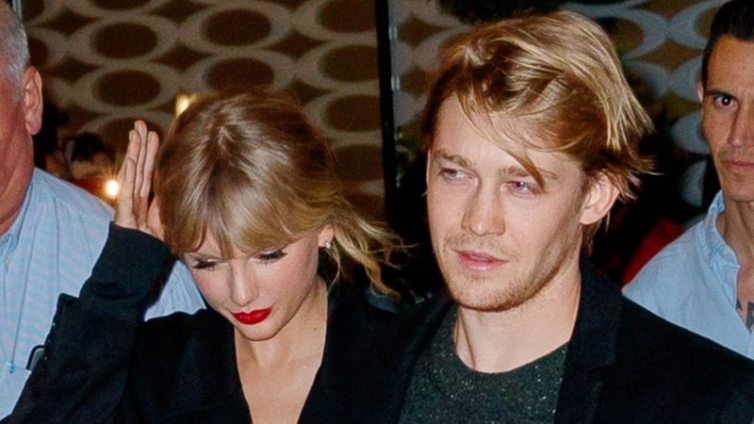 Taylor Swift has revealed a mystery co-writer named William Bowery, who is credited on her latest album Folklore, is in fact her boyfriend Joe Alwyn.

“William Bowery is Joe,” the US singer reveals in a new film on Disney+, which sees her performing songs from the album and discussing its creation.

The mysterious Mr Bowery is credited as co-writer on the songs Betty and Exile.

Fans had speculated that it could be a pseudonym for the English actor, who has been with Swift for three years.

The 30-year-old surprised her fans in July when she announced the release of Folklore, which she recorded in isolation during the coronavirus pandemic.

In Folklore: The Long Pond Studio Sessions, released on Disney+ on Wednesday, the singer discusses the songs on her eighth studio album with producers Jack Antonoff and Aaron Dessner.

During the film, she admits there has been “a lot of discussion about William Bowery and his identity”.

Antonoff and Dessner were already in on the secret. “William Bowery is Joe, as we know,” she told them.

She reveals that Alwyn wrote the “entire piano part” on Exile and originally sung the part of the duet that was eventually recorded by Bon Iver’s Justin Vernon.

“He was just singing it the way that the whole first verse is and so I was entranced and asked if we could keep writing that one,” Swift explains.

“It was pretty obvious that it should be a duet because he’s got such a low voice and it sounded really good sung down there.”

Alwyn’s co-writing of Betty, which preceded Exile, came about when Swift heard him singing “the entire fully formed chorus from another room”.

“I was just, like, ‘Hello’,” she reveals in the film. “It was a step that we would never have taken because, why would we have ever written a song together?”

DISCLAIMER: The Views, Comments, Opinions, Contributions and Statements made by Readers and Contributors on this platform do not necessarily represent the views or policy of Multimedia Group Limited.
Tags:
Folklore
Joe Alwyn
Taylor Swift