Tech Tent – has Silicon Valley still got it?

For decades it has been the beating heart of the tech industry, the place where the future is created and where anyone who wants to be part of it has to come in search of inspiration and funding.

We took to the road to find out how much has changed over the last 20 years.

And, on a special edition of Tech Tent, we ask – has Silicon Valley still got it?

I first came here in the spring of 2000, driving up and down route 101, trying and failing to film Silicon Valley and finding that it did not look much more exciting than the M4 corridor west of London, apart from the palm trees and the sunshine.

We quickly realised that the place was not about buildings or landscape but two crucial things, people and money. People like the clutch of young entrepreneurial types from the UK we found in San Francisco seeking their fortunes, like Nick Denton who went on to found the Gawker gossip and news site.

And money in the venture capital funds clustered on Sand Hill Road in Menlo Park, willing to make huge bets on outlandish ideas which could end up being a Google – or a disaster like pets.com.

And while we were there, the Nasdaq tech stock index started to dive, the air came out of the dot com bubble and many of those venture capitalists – and the entrepreneurs they had backed – ended up looking foolish.

But 20 years on, one of our first stops was with a young British venture capitalist whose story shows why this place is still attracting the best ideas and the most ambitious people. Andy McLoughlin came to San Francisco in 2010 to set up the US office of Huddle, the UK virtual meeting and office collaboration service he had co-founded.

Huddle had its ups and downs and was eventually sold to a private equity firm, but Andy stayed on and became an investor in business software start-ups. We met him at Uncork Capital’s offices where eager young entrepreneurs come to pitch him their ideas.

Before leaving home, we’d interviewed one of the UK’s leading venture capital figures Saul Klein, who had told us that while everyone in tech needed to visit Silicon Valley, much of the innovation was now moving elsewhere – to places like London’s Somers Town or the “new Palo Alto” as he put it. 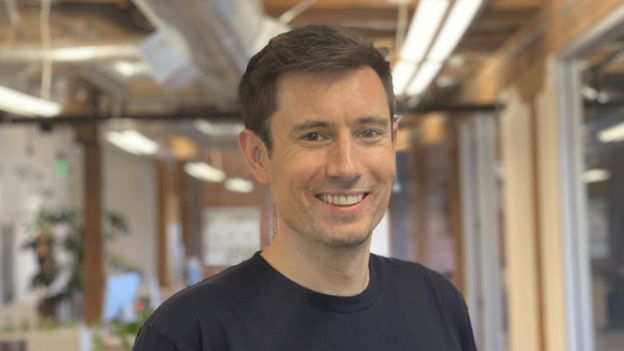 But Andy McLoughlin wasn’t convinced. He contrasted attitudes at home in the UK with what he found in Silicon Valley: “When we told people what we were doing with my last company they’d say, ‘Why?’ like I was a crazy person to start a business. I came out here and I discussed with people what I was doing – and they’d say, ‘How’s that better than the other six companies I know doing something similar?'” He accepts that London has changed but says while San Francisco has many problems it still has a “magical” allure for entrepreneurs like him.

That view was reinforced when we visited Zynga, the mobile games firm whose huge hit Facebook game Farmville was the launch pad for a Nasdaq debut in 2011 which saw it valued at over $7bn (£5.4bn). It then went into a decline, laying off staff as the audience for its games dwindled but, on the day we visited its San Francisco offices, the firm was celebrating something of a comeback, with results showing its best revenues ever, despite continuing losses.

The firm’s president of publishing, New-Jersey-born Bernard Kim showed us around the funky offices replete with a light tunnel and a Winnebago fun bus in reception. 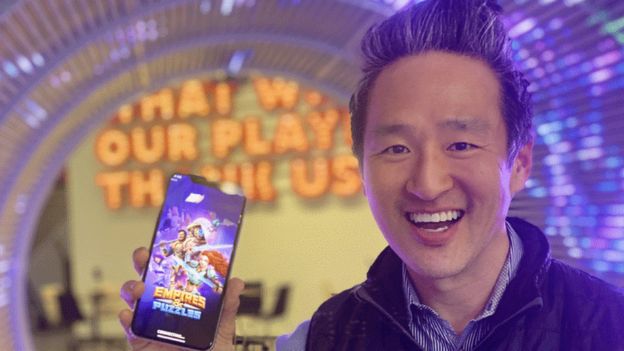 He conceded that location was important – especially in the years when Zynga’s fortunes were so closely tied to those of Facebook just a few miles away: “It is a lot easier to hop in your car, or walk down a couple of blocks and meet with partners versus jumping on a plane or a video conference.” And having grown up thinking California sounded completely alien, he was sticking here.

Of course, not everyone feels so positive about Silicon Valley or the tech behemoths born here. We took a ride with a Lyft driver to discuss California’s new law which aims to make it harder for gig economy companies like Lyft and Uber to treat workers as freelance contractors and deny them employee rights.

Those companies claim their drivers value the flexibility their current status gives them and they are challenging the law in court. But as we rode through some of San Francisco’s ritziest districts, Edan Alva, a member of a group called Gig Workers Rising, gave us a forensic and angry analysis of how a so-called disruptive business model had delivered huge returns to executives, backed by venture capital funds, while leaving people like him on the breadline: 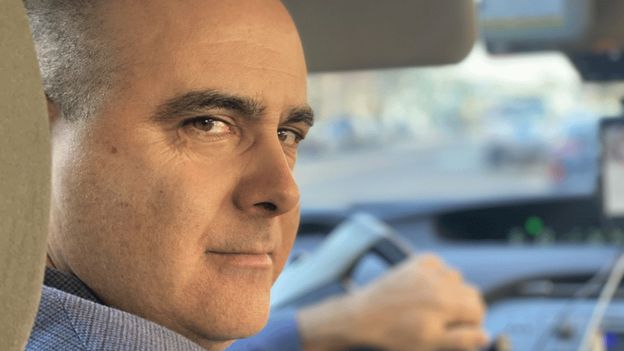 “It is time to stop this nonsense they keep repeating where people who get $43m a year tell drivers, who earn less than the minimum wage and really make that money those executives are earning, that their business model doesn’t work well if they give minimum wage to their employees.”

One thing you cannot fail to notice about the Bay Area, one of the richest places on earth, is the number of homeless people on the streets. But, ever confident that tech is the answer to everything, Silicon Valley is home to a whole range of start-up non-profit organisations addressing this and other social problems. 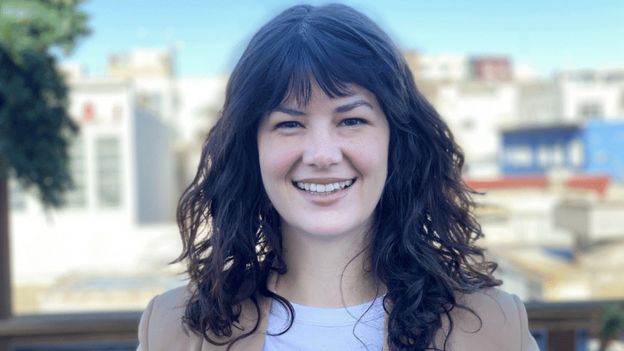 At a homeless shelter, we met Sammie Rayner, co-founder of Hand Up, a fundraising site connecting donors directly to homeless people. She said a combination of San Francisco’s history as a place where many social justice movements got started with Silicon Valley’s entrepreneurial spirit made this an ideal place for ventures like this: “There’s just so much infrastructure here – angel investors ready to take a risk on your crazy idea and get it off the ground.”

But she conceded there was huge inequality in the Bay Area, and there was a risk that it was easy for busy tech people to be insulated from the issue because they did not see homeless people in the parts of town where they tended to hang out.

We caught the curiously old-fashioned Caltrain – no wi-fi on board – down to Palo Alto to visit another essential part of the Silicon Valley ecosystem, Stanford University. There we met the dean of the medical school Dr Lloyd Minor, whose forthcoming book Discovering Precision Health predicts a revolution in healthcare based on technological developments such as smartphone apps and artificial intelligence.

Health is one area where Silicon Valley has been rather behind the curve, during a period when it has focused on social media and consumer apps. “Think about it,” said Dr Minor. “The way we order goods and services, the way we perform financial transactions are radically different today than they were before the smartphone and before the internet and social media.” But the way we interact with our doctors, he said, has barely changed and “healthcare is the only industry that still uses fax machines.” 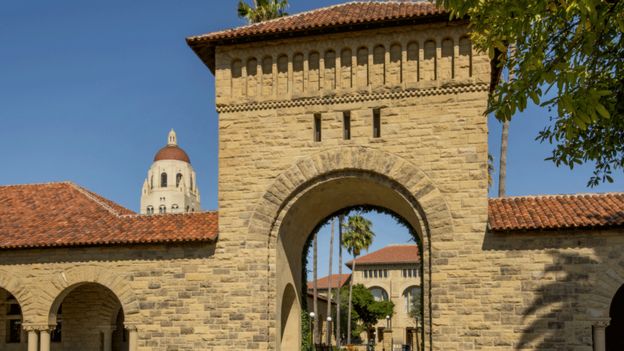 Mind you, the saga of Theranos, the blood-testing start-up whose technology did not stand up to close examination, can’t have helped encourage investment in this field. But now with giants such as Google and Apple pouring large sums into healthcare projects, there is a sense that progress is at last being made.

Dr Minor says the relationship between the university and its tech firm neighbours is mutually beneficial: “Silicon Valley has grown up physically and intellectually around Stanford, and for those of us in biomedicine and healthcare at Stanford today we’re really excited about interactions and collaborations with tech firms.”

There are plenty of threats to the supremacy of Silicon Valley – its reputation has been harmed as people outside and inside the tech giants attack a “move fast and break things” culture, regulators and politicians are looking to cut it down to size, and Chinese rivals appear to have the funds and the data to compete for global leadership.

If this area is so smart, you might ask, why has it not produced a business that can take on Huawei when it comes to building 5G equipment?

But it retains some key advantages – a huge pool of talent from around the world, vast amounts of venture capital, and a Californian confidence as sunny as the February weather has been for the last few days. Don’t count Silicon Valley out just yet.