Teens from Burundi robotics team go missing in US

Six teenagers from Burundi taking part in a robotics competition in the US have been reported missing, police say.

Four boys and two girls – aged from 16 to 18 – disappeared during the First Global Challenge tournament in Washington DC.

The DC Police Department says they were last seen on Tuesday – on the closing day of the competition.

Reports say two of the teenagers have since crossed into Canada but this has not been confirmed by the police.

On Thursday, the DC Police Department posted fliers of the missing group on its Twitter page, asking members of the public to get in touch if they had any information.

Competition organisers say they alerted police after Burundi's team supervisor was unable to find the teenagers. 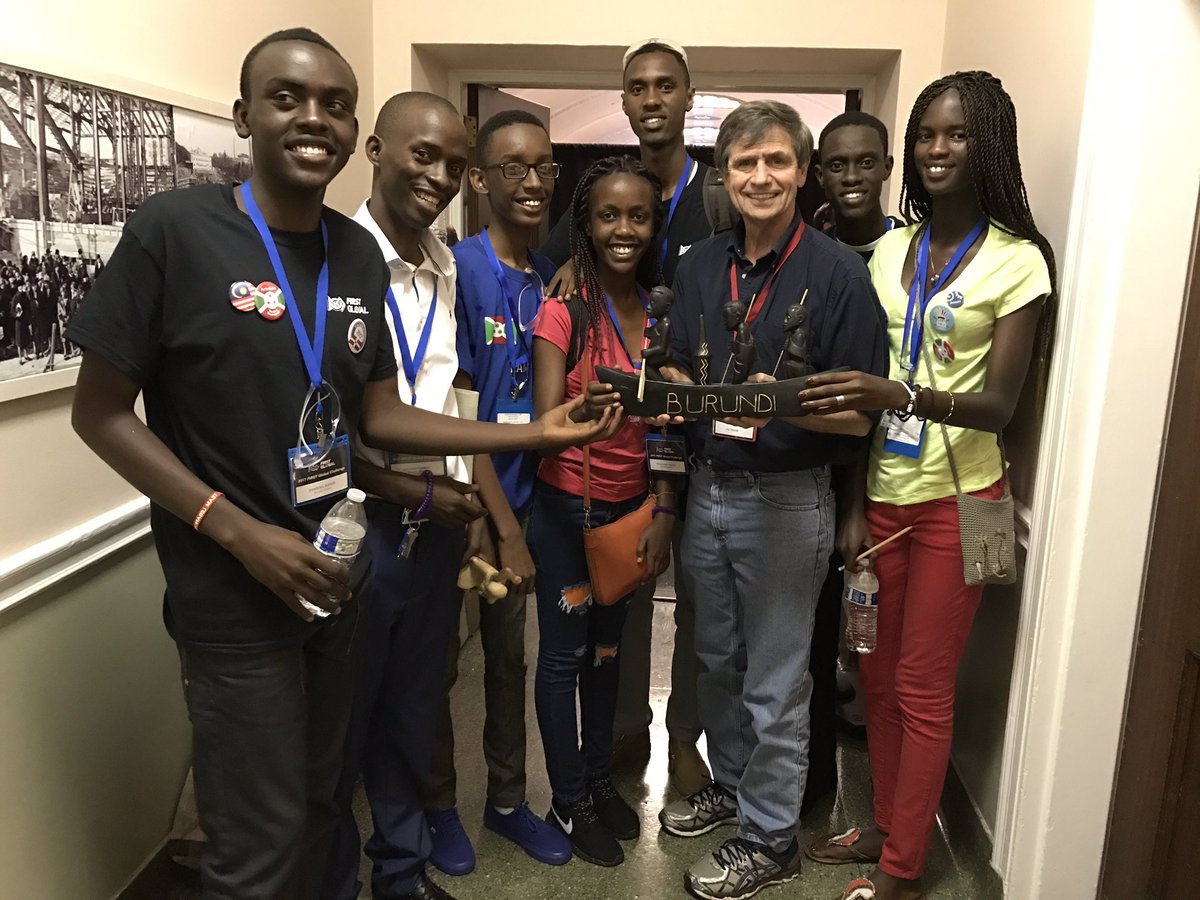 In a statement, First Global Challenge spokesman Jose Escotto said "the proper reports have been submitted to the police who are investigating the case", according to the Washington Post.

The three-day robotics competition saw teams from 150 nations compete against each other.

The event aims to inspire young people to pursue careers in science, technology, engineering and maths.

However, it made the news earlier this month after a team of girls from Afghanistan were initially not allowed to attend the competition because of visa problems.

But US President Donald Trump stepped in at the last minute and the girls were able to travel to the US and participate.

The Afghan team later won a silver medal for courageous achievement, which was awarded to teams "that exhibit a can-do attitude throughout the challenge, even under difficult circumstances, or when things do not go as planned".