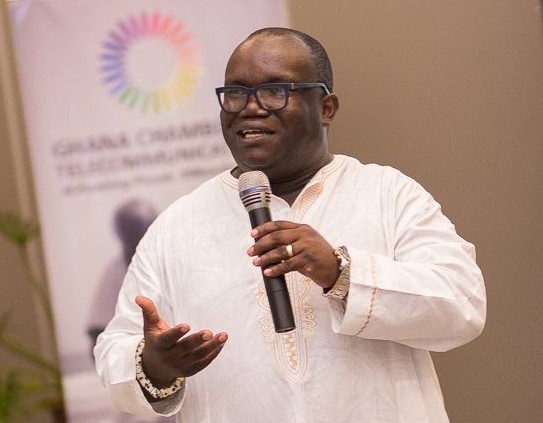 The Telecommunications Chamber has stated that it will engage the government on the newly introduced electronic transaction levy to ensure all-inclusive digital transactions at all levels.

“So far as this particular levy is concerned, there was no engagement with the industry before this imposition was done but in the same statement that the Finance Minister made, he talked about the fact that is going to be some engagements now that the announcement has been made,” Mr Ashigbey said.

The Finance Minister, Ken Ofori-Atta on Wednesday announced the introduction of Electronic Transaction Levy or E-Levy to increase tax revenues for the country.

Mr. Ashigbey in an interview with JoyNews explained that the engagement with the government will ensure that the digital transaction sector is not disrupted.

“So we are hopeful that we will go into this engagement with an open mind so that we can all help in contributing to the objective of raising revenue but also ensuring that the digital financial sector is not disrupted, ensuring that financial inclusion is fixed, ensuring that government’s digitalization policy continues and the poor and the vulnerable are also taken care of,” he noted.

Meanwhile, Deputy Finance Minister, John Kumah said the E-levy is one of the equitable and progressive taxes introduced by the government.

He added that the government had adequately researched the digital space before introducing the levy.

“Government did not just start by coming to introducing E-levy. We have gone through years of preparation investing in digitalization and making sure we have interoperability developing in such a special payment system that is one of the best in the world and there has been consistent growth to a level of maturity in the estimation of government that we think it is about time that we go into the digital space.

The Minority in Parliament has expressed its opposition to the newly announced electronic transaction levy by the government.

Ranking Member on Finance Committee in Parliament, Cassiel Ato Forson addressing the media on behalf of the Minority, said the E-levy would exacerbate the economic hardship in the country.

Some Ghanaians on social media have expressed their discontent over government’s decision to introduce the Electronic Transaction Levy or E-Levy.

DISCLAIMER: The Views, Comments, Opinions, Contributions and Statements made by Readers and Contributors on this platform do not necessarily represent the views or policy of Multimedia Group Limited.
Tags:
Chamber of Telecommunications
E-Levy
Ken Ashigbey