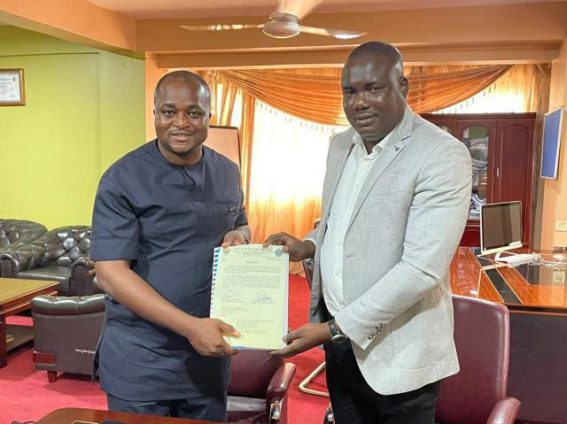 The Tema Metropolitan Assembly’s Chief Executive, Yohanne Amarh Ashitey has officially taken office after the immediate past MCE, Felix Mensah Nii Anang-La handed over to him at a ceremony at the Assembly.

Tema Metropolitan Public Relations Officer, Mr Frank Asante told the Ghana News Agency, after the handing over that the ceremony, was done in a very cordial atmosphere as the new MCE and his predecessor exchanged pleasantries.

Mr Asante said the handing over process was conducted by Alhaji Shehu Kadiri, Coordinating Director of the Assembly, in the presence of the Presiding Member and Departmental Heads.

The former MCE, he noted, thanked management for the support they gave him during his tenure and urged them to accord the new MCE with the same assistance to ensure he succeeded as the Assembly’s head.

The PRO said before the handing over, Mr Ashitey visited all key departments and offices to meet with officers, acquaint himself, and interact with them.

Mr Asante added that the new MCE also visited the Courts enclave, where he interacted with court officials.

According to him, during the interactions, the MCE expressed concern about squatters in the immediate environs of the Assembly.

He said the Assembly would show leadership and bring sanity to the frontage of TMA to set the tone for making the Tema shine campaign.