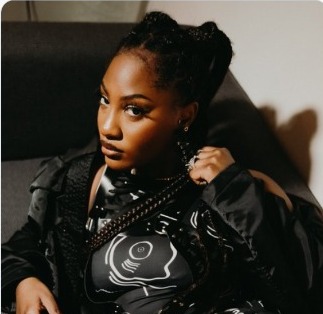 Nigerian singer, Tems, has postponed her shows in the United Kingdom after being diagnosed with Reflux Laryngitis.

Reflux laryngitis is a condition in which acid or other substances from your stomach irritate the back of your throat. This frequently happens in the middle of the night when you’re sleeping and causes irritation and swelling of the vocal cords.

She wrote, “It breaks my heart to say this, but there has been no other option for me. I’m not feeling too good at the moment. After my last performance, I was diagnosed with Reflux Laryngitis, and I have to take some time off to protect what’s left of my voice.”

“On doctor’s order, I have to postpone the two shows this week. The new dates for both shows will be announced tomorrow.”

However, she promised fans “the best show ever” after getting better.

“The new dates will be announced tomorrow. All tickets are still valid. Again, I’m so sorry for this inconvenience, but I promise to be back, better than ever by the grace of God. Then I’ll give you the best show ever. Appreciate you all for understanding. You mean the world to me.”

According to the full list released by the organisers, Tems was nominated in the ‘Best New Artiste,’ ‘Best International Act,’ and ‘Best Collaboration’ categories.