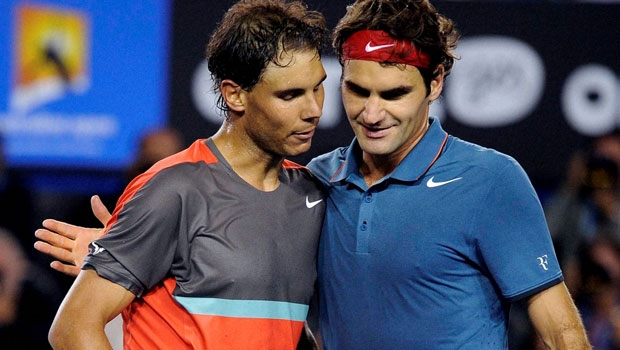 Rafael Nadal extended his mastery over long – time rival Roger Federer as he stormed into an Australian Open final against Stanislas Wawrinka in straight sets on Friday.

Federer was confident of a better showing after failing to beat Nadal in Grand Slams since the 2007
Wimbledon final, but the world number one was relentless in taking apart the much – decorated Swiss.

In 33 meetings in their great, if one-sided, rivalry, Nadal now leads Federer 23-10 and has won their last six matches in Slams as well as their last five meetings on all stages.

Nadal, the 2009 champion, will line up in his third Australian final against Wawrinka and he has yet to lose to the Swiss eighth seed in 12 matches.

"We played some really tough rallies at the end of the first set and I resisted really well because Roger was trying to play very aggressive and taking the ball very early," Nadal said.

"I think tonight I played my best match of the tournament, so I am very happy for that."

With the loss, Federer also ceded the mantle of Switzerland's number one player, an honour he has held since 2001, to Wawrinka.

Nadal, seemingly untroubled by a large blister on his serving hand, progressively got stronger during the semifinal and broke Federer's serve four times and lost his only once.

Nadal hit 28 winners to 25 unforced errors, while under – pressure Federer made 50 unforced errors and won just 23 of 42 points he contested at the net.

It will be the Spaniard's 19th Grand Slam final on Sunday and he will be bidding for his 14th major title to tie American Pete Sampras in joint second place behind Federer on the all-time list.

Federer fought off break points in two service games before taking the opening set to a tiebreaker, but volleying errors cost the Swiss and Nadal cruised to the first set with two set points.

The gap widened in the second set with Nadal ruthless in his groundstrokes and putting Federer under pressure to hold serve in the fourth game, before breaking him with a forehand winner in his next service game.

Whatever Federer sent back over the net, the Spanish world number returned with a vengeance and he ripped a series of stunning forehand winners to take a two-sets-to-love lead.

Both players exchanged service breaks early in the third set but Nadal broke Federer for a second time to lead 4-3 and close in on victory.

Nadal broke Federer again in the ninth game and won his second match point, and the tournament's four-time winner left the arena with his head bowed.