'Thank you for the support and comforting words' - Mahama after late brother's burial - MyJoyOnline.com 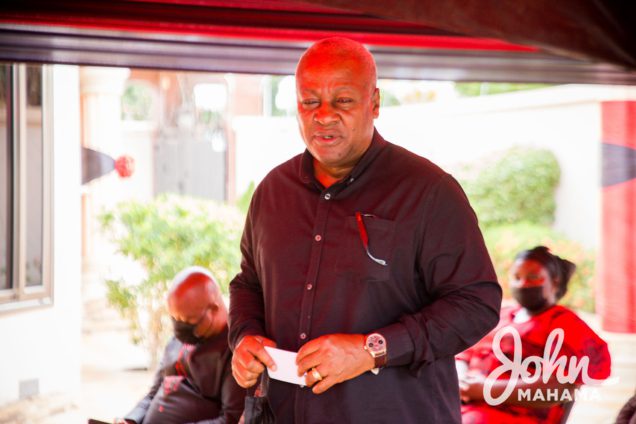 Former President John Mahama has expressed gratitude to the general public for the support he received following the death of his brother, Emmanuel Adam Mahama.

In a Facebook post, he extended appreciation to the National Democratic Congress (NDC) leadership, the Chief of Staff, Frema Osei-Opare and the Chief of Air Staff.

The former statesman also thanked the Airforce for supporting the burial ceremony by airlifting the remains of his deceased brother.

“I want to extend my appreciation to all our comrades in the National Democratic Congress for the condolences extended to my family on the death of our brother, Emmanuel Adam Mahama. Thank you to all who accompanied us to Bole for his burial on Sunday. We are particularly indebted to our senior comrade and Chairman of the NDC Council of Elders Alhaji Mahama Iddrisu for his presence and support.

We also want to thank Madam Chief of Staff Frema Osei-Opare, the Chief of Air Staff and the Airforce for the support to airlift the remains of our brother on Sunday. Similarly, I thank all Ghanaians for the support and comforting words,” he stated.

Mr Emmanuel Adam Mahama was laid to rest in Bole in the Savannah Region on Sunday, January 2.

He died on December 31, last year, after a short period of illness.

The burial rite was graced by Chiefs, elders, family and the people of Bole and some neighbours in nearby communities.