Thanks for Chapter 12 of 1992 Constitution; we will forever remember you – GJA eulogises Rawlings 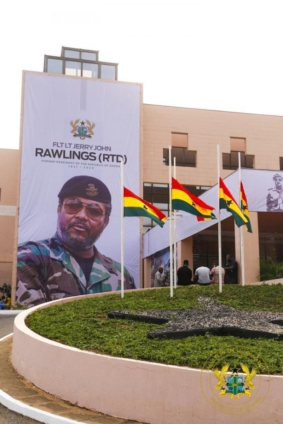 The Ghana Journalists Association (GJA) says it will forever remember the first President of the Fourth Republic, Jerry John Rawlings, for his unique role in building the country’s democracy.

The Association credited him for the birth of the 1992 Constitution, which shaped Ghana’s history anchored democracy.

In a statement by its President Affail Monney, it commended the former President for Chapter 12 of the Constitution, which initiated freedom and independence of the media on “an unprecedented scale.”

The statement said, although the former President had issues with the media during his 20 years rule, he was able to reach out to the media when he became a statesman.

It said the cordial relations culminated in the national executive of the Association, paying him a historic courtesy call about a year ago, as part of activities to mark the GJA’s 70th anniversary.

The Association said it received the news of his demise with shock and trepidation and is “still reeling under anguish and heartbroken in disbelief” that, the man whom they saw barely two weeks ago in a sombre mood but his usual charismatic demeanour, played a remarkable role at the burial and funeral of his beloved mother, be gone so soon.

The GJA said it members “heart goes out to the former First Lady, Nana Konadu Agyeman-Rawlings, his children, the rest of the family and the entire nation, for such a colossal and irreplaceable loss.”