The 8 rules of dating multiple people at a time 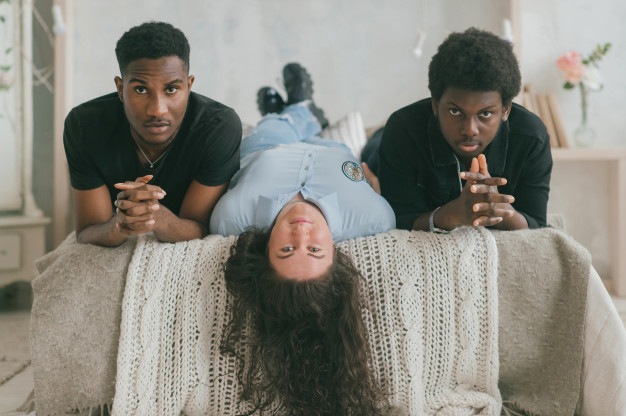 Life is short and we all are in a race to make the most of it. After all, you only live once. Due to the rise of social media and a surge of dating apps more and more people are expanding their dating pool.

Most people nowadays are dating more than one person at a time.

You go on a date with a person, when you are interested in them and want to get to know them better. Dating is the probationary period where you figure out whether you two are suited enough to proceed to the next level.

However, things can get a bit convoluted when you date multiple people at once. Here are some rules that will help you sort out the tangles of casual dating.

Dating more than one person is called casual dating and if done right it can be a lot of fun. After all, you are testing the waters and that’s completely fine. Yet somewhere down the road, some lines can get blurred and this causes unnecessary heartache.

Hence, it is in the best interest of everyone involved to follow certain dating etiquettes when you are dating multiple people casually. While it is normal to be attracted to multiple people at once, what you do about it makes all the difference.

1. Honesty, while dating more than one woman

Honesty is the building block of any relationship and that includes casual dating too. If you are going to date more than one woman at a time it is best to let all who are involved, know about it. All the parties deserve to know what they are getting into. It is unfair to give someone the illusion of exclusivity for personal gains.

However, honesty does not mean you give all the details of your dates with other people to the woman in front of you. What happens on your date, stays between you and your date.

You want to impress her enough to make her want to go on more dates and too much information might ruin your chances of that.

2. Always be respectful of other’s feelings and choices

Not everyone is comfortable with the idea of dating and sleeping with more than one person at a time. A large part of our society fixates on monogamy. The idea of ‘The One’ and ‘One and Only’ are some of the by-products of such a world. So, it is little surprise that polyamory or even casual dating is frowned upon.

While you might be perfectly fine with dating multiple women simultaneously, the lady you want to date might feel differently about it.

Maybe she believes in twin flames and soulmates. Perhaps she doesn’t approve of premarital sex and is saving herself up for ‘The One’. It’s possible she doesn’t care if you have sex on the first date.

No matter the school of thought, we have to be respectful of people’s feelings and choices. Consent is queen!!

3. Know your reason regarding dating more than one person

There are multiple reasons why one would opt to date casually. A bad breakup, a toxic relationship, you want to focus on your career or maybe you are polyamorous…these are some of the reasons as to why you would want to have a large dating pool. And it’s completely fine.

However, you need to figure out whether you want to do this long-term or if this is just for the time being. The most important etiquette for multiple casual dating is transparency. Letting your dates know where you are at on the dating front, will save everyone a lot of anguish.

4. Don’t make it a competition

With little commitment comes little responsibility. That’s the best part of casual dating. You meet new people. You go out and spend time having fun with no strings attached. Casual dating is supposed to be pleasurable due to the lack of complications.

However, some people turn casual dating into their own personal version of ‘The Bachelor’. They pit their dates against each other and thrive in their jealousy. Such people use attention to feel better about themselves. If you are dating a person who matches this description, then it’s better to let them go. They are bad news.

5. Talk deal-breakers when dating and sleeping with more than one person

William and Scarlet liked hanging out with each other. They had a lot of common interests and their priorities were similar too. William was attracted to Scarlet and wanted to ask her out. He asked if she would be willing to give them a chance.

He proposed they go for a few casual dates to see if they suited each other. If things didn’t work out, they could always part ways and remain good friends.

Scarlet was skeptical. She had just come out of a 3-year long relationship because her boyfriend had cheated on her with one of her close friends. The experience was humiliating for her and it had taken a long time for her to get the betrayal out of her mind. Even though William was nothing like her ex, she was still wary. So, she put down her conditions.

Scarlet told William about her qualms. She said “Will, I do like you, and I would love to go out with you. I am also ok with us seeing other people as well.

However, there is one condition. You cannot date any of my friends or family. That is a deal-breaker for me. If you do get attracted to any of my friends, do tell me so that we can end things between us. I won’t be upset”

Will agreed to the condition and they started dating. Will and Scarlet have been going steady for 6 months. They are exclusive and Will is planning to ask Scarlet to move in with him.

The idea behind this rule is to check in with your date regarding where are things heading. Spending a lot of time with one person can give rise to feelings. So, it is vital to talk it out with your date. It doesn’t really have to be about taking the next step. If you have commitment issues, then say that. But do communicate.

7. Realize and vocalize when you are in too deep

Change is the only constant in our lives. You might have started dating thinking you will keep things simple and uncomplicated. And before you know it you are head over heels in love. As Robert found out much to his surprise.
Robert and Ivy met in a theatre group.

They were cast opposite each other and as the rehearsals progressed, so did their attraction towards each other. After the play was over, Robert asked her out on a date. Ivy was reluctant. She was very career-oriented and didn’t want to jeopardize her future.

Robert suggested they just go on a few casual dates and see where things go from there. No strings attached since he too had come out of a relationship and was dating more than one woman. So, Ivy agreed to go out with him.

One month into dating and Robert realized he had fallen for Ivy hook, line, and sinker. Since he was the one who had suggested casual dating to Ivy in the first place, he was petrified of telling Ivy how he felt.

He tried to act cool and indifferent and spent more time with other people to no avail. Robert just couldn’t get her out of his mind. He had to tell her.

Meanwhile, Ivy was getting very upset with Robert. Everything was going perfectly fine and she had actually begun thinking that she could focus both on her career and Robert. Being with him seemed effortless. Then out of the blue, Robert started acting weird. They were not meeting up much and even the texts had tapered down. Ivy felt it was time to leave the relationship and move on.

Robert decided to call her and meet up over coffee. Robert told her everything and was shocked to hear that the feelings were reciprocated. He also thanked his stars that he had spoken up, otherwise he would have lost Ivy.

8. Don’t kiss and tell: The #1 etiquette for multiple casual dating

‘Mambo No.5’ was a famous, catchy song that we all danced to, but did you ever give the lyrics a good listen? The song was primarily a man talking, rather bragging, about his exploits.

However, in real life, nobody likes a person who brags. We are not asking you to hide the fact that you are dating more than one woman, in fact, you need to be open about that, but please spare everyone the details.

While you might be comfortable with having no secrets, your date might feel otherwise. Have a conversation regarding this early on.

Does Dating Multiple People Work Out?

Casual dating is the period before you become a girlfriend or a boyfriend. It allows you to get to know a person better before you embark on a committed relationship.

It gives you a chance to understand what you really want from your partner and from life. It is as much about figuring yourself out as it is about finding a potential partner. Below are some cases where casual dating is a good idea.

Yet casual dating might not be everyone’s cup of tea. It’s not that you’ll find them constantly questioning, “Is dating more than one person cheating?” No.

Their internal wiring is such that they are unable to focus on more than one person at a time.

Dating multiple people can only work out if you can compartmentalize. If this is not who you are then casual dating is not for you. Still confused? Here are some things you should look out for.

When Should You Stop Dating Multiple People?

Often it happens, that a series of relationships gone wrong or bad breakups might make you feel it’s better to date casually.

And you are not wrong to come to that conclusion, casual dating does help in such scenarios. However, if you do the following things listed below, then dating multiple people might not be for you:

If you are nodding to any of the above, then you should be true to yourself and not proceed with casual dating.

To be honest, there is still a little stigma attached to casual dating and the reason for that is people confuse casual dating with polyamory. Dating more than one person is called polyamory as well, yet there’s one huge difference between them.

While polyamory means being romantically and sexually involved with more than one person, casual dating is more about figuring out if the person you are attracted to is the one for you.

Dating, casual or otherwise, should not feel like you have to carry the world on your shoulders. It definitely requires work, but that’s not all it should be.

It is supposed to be fun and make you feel happy. If you can maneuver the intricacies of dating multiple people, then well and good. But if you have to keep reminding yourself that this is fine, then listen to your gut feeling and don’t go through with it.