The best celebration photos and videos from the MTN FA Cup Final 2022 - MyJoyOnline.com 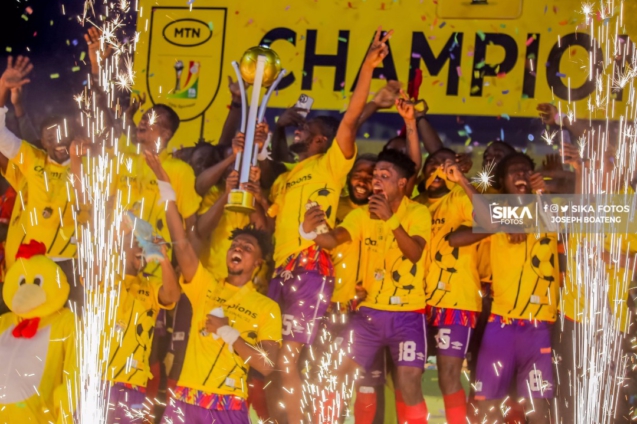 Defending Champions, Accra Hearts of Oak saw off Bechem United 2-1 to retain the MTN FA Cup trophy on Sunday at the Baba Yara Stadium in Kumasi.

Daniel Afriyie Barnieh’s strike in the second half of the game was the decisive moment as the Phobians clinched their 12th FA Cup title after Emmanuel Avornyo and Caleb Amankwah had scored in the opening half.

Here are some shots from Hearts’ celebration at the Stadium after beating the Hunters.

With a win in the final of the FA Cup, the Accra-based side will be representing Ghana in the CAF Confederation Cup next season.