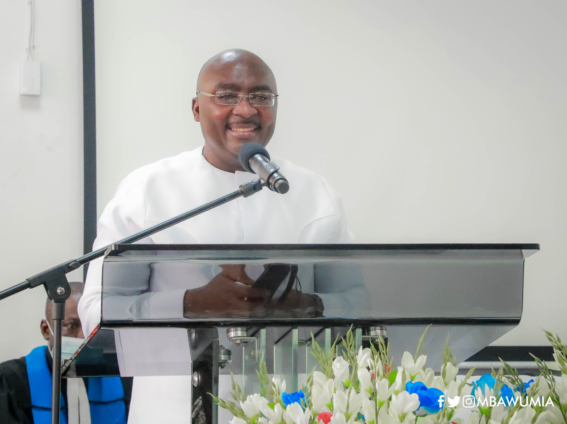 According to him, despite the ravaging effects of the Covid-19 pandemic, the cedi under the Akufo-Addo government has recorded the lowest depreciation ever, in the Fourth Republic.

Speaking at the Industrial and Commercial Workers Union (ICU’s) 11th Quadrennial Delegates Conference on Thursday, Dr Bawumia outlined the depreciation rates of the cedi during the leadership of previous governments.

“And that is quite remarkable and making it the lowest depreciation of the cedi in the Fourth Republic,” he stated.

The Vice President noted that Ghana has a flexible exchange rate regime and added that the government is ensuring that the cedi maintains its stability for the economic growth of the country.

The challenge for the management of economic policy, is making sure that you maintain relative stability and you don’t have an accelerated depreciation of the exchange rate that we have seen many years past.”

He stressed that government, during the peak of the health crisis, executed measures that have effectively cushioned the economy.

“We have also focused on stablising the cedi. The value of the cedi is very important and its stability is also very key for economic development and the welfare of businesses and individuals.

“We are very high import-dependent economy, [so] when the cedi depreciates at a certain level, we feel it in the prices of goods and services; petroleum prices and so on. And so we have a very important mandate to try and maintain the stability of the cedi over time,” he said.

DISCLAIMER: The Views, Comments, Opinions, Contributions and Statements made by Readers and Contributors on this platform do not necessarily represent the views or policy of Multimedia Group Limited.
Tags:
Dr Mahamudu Bawumia
Exchange rate
The cedi
Vice President