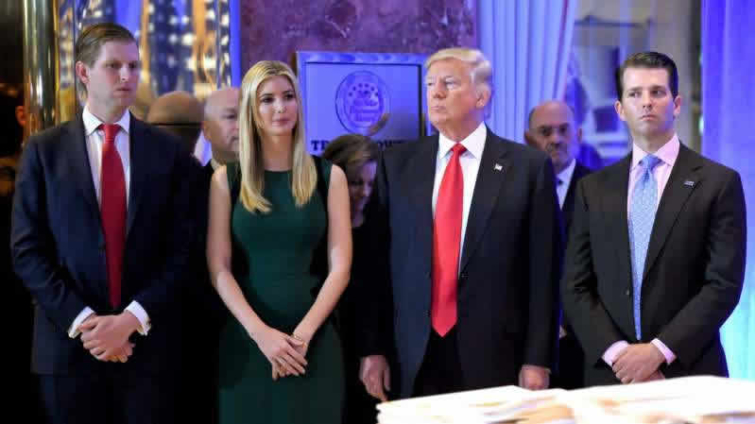 President Donald Trump and his allies in the conservative media sphere have repeatedly pushed the health benefits of anti-malarial drug hydroxychloroquine for patients who have contracted the novel Coronavirus (COVID-19).

While scientific opinion on the efficacy of the drug for the treatment of the COVID-19 disease is necessarily shy of consensus, Trump himself has a personal financial interest in a French drugmaker that produces a brand-name version of the medication.

According to a Monday night report by the New York Times, Trump’s family stands to benefit from widespread use of the drug. Per that report:

If hydroxychloroquine becomes an accepted treatment, several pharmaceutical companies stand to profit, including shareholders and senior executives with connections to the president. Mr. Trump himself has a small personal financial interest in Sanofi, the French drugmaker that makes Plaquenil, the brand-name version of hydroxychloroquine.

The Times notes that Sanofi, the drug manufacturer, is the mutual fund’s largest individual holding. According to MarketWatch, the exact size of the fund’s stake in Sanofi “at last check was 3.3%.”

It turns out he does look to have more than [a] modest sum invested in Sanofi, because, unmentioned in the Times report, his trusts also hold broader European stock-market index funds.

The iShares Core MSCI EAFE ETF IEFA, 1.721% has 0.67% of its holdings in Sanofi, and Sanofi is a 0.78% holding for the iShares MSCI EAFE ETF EFA, 1.660%, which is neither surprising nor notable, in that the French drug maker is so large.

Aside from Trump and his family’s personal stake, at least two of Trump’s closest political allies are closely connected to Sanofi as well.

According to Federal Election Committee (FEC) data compiled by OpenSecrets, Fisher Investments has contributed in excess of $2 million to GOP organizations and politicians over the past five election cycles.

Kenneth Fisher, the founder of investment advisory firm Fisher Investments, along with his wife Sherrilyn, combined to give $250,000 [to fund the Trump Victory Committee]. Fisher historically has backed Republican efforts and contributed to Trump’s first run for president.

That fund is also heavily invested in Sanofi. In a Monday statement obtained by the Times, Ross sought to distance himself from both his former work and the administration’s current jones for hydroxychloroquine pills.

Ross claimed he “was not aware that Invesco has any investments in companies producing” the anti-malarial medication, “nor do I have any involvement in the decision to explore this as a treatment.”

Trump, on the other hand, is pitching hydroxychloroquine as something of a wonder drug in an attempt to dredge hope from whatever he can.

“What really do we have to lose?” Trump asked during a Sunday press briefing, while boosting the drug’s potential for the umpteenth time–despite the lack of proof about its effects and warnings from doctors that patients who have long needed the medication may face a run on supplies and rising costs.

The Food and Drug Administration (FDA) notes the scientific uncertainty around hydroxychloroquine in a fact sheet specifically about Plaquenil, which is typically prescribed for adult lupus patients.

“The precise mechanism by which hydroxychloroquine exhibits activity against [the malaria parasite] is not known,” the FDA fact sheet reads. “Hydroxychloroquine, like chloroquine, is a weak base and may exert its effect by concentrating in the acid vesicles of the parasite and by inhibiting polymerization of heme. It can also inhibit certain enzymes by its interaction with DNA.”

Notably, a scientific publication which published the initial study on the efficacy of hydroxychloroquine in treating Coronavirus patients has since performed an explicit volte-face on those initial findings–saying the article extolling the virtues for COVID-19 treatment “does not meet the [International Society of Antimicrobial Chemotherapy’s] expected standard, especially relating to the lack of better explanations of the inclusion criteria and the triage of patients to ensure patient safety.”

As Law&Crime reported on Monday, Sanofi isn’t the only hydroxychloroquine connection to Trump. Novartis, a manufacturer of the drug that agreed to donate up to 130 million doses, once paid Trump’s former personal attorney Michael Cohen more than $1 million for healthcare policy insight following the election in 2016.

DISCLAIMER: The Views, Comments, Opinions, Contributions and Statements made by Readers and Contributors on this platform do not necessarily represent the views or policy of Multimedia Group Limited.
Tags:
Hydroxychloroquine
Trump