The hidden dangers lurking in your kitchen 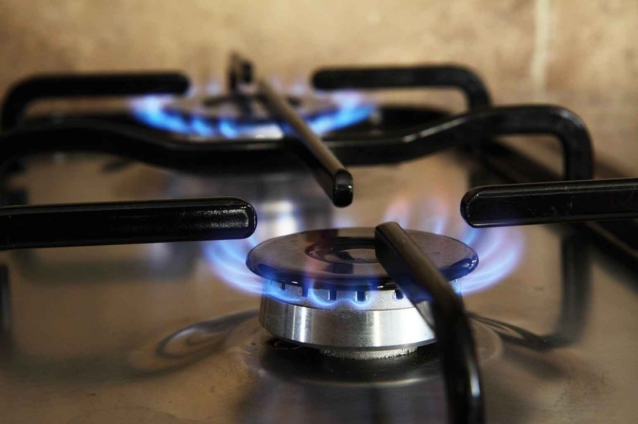 Cooking might be the way to someone’s heart, but it could also be the way to hospital. The number of accidents involving knives, boiling water, and deep-fat fryers is truly impressive. More than 67,000 children alone are injured in the kitchen in the UK every year, according to the Royal Society for the Prevention of Accidents, and that doesn’t include those adults who decide to deep-fry a whole chicken or put the bagel knife through their finger.

Some of the dangers lurking in the kitchen are more insidious than you might realise – there is one source of indoor air pollution that you probably use every day and have never suspected. And yet, we’ve come a long way over the last century towards making the kitchen less of a death trap.

After World War Two, the boom in consumer goods and materials meant that the home became flammable in all sorts of exciting new ways. Nylon and other synthetic fabrics draped housewives and children in elegant, fluttering costumes, and now a sleeve against the gas range could not only catch fire, but melt, coating the skin with droplets of molten plastic that caused horrific burns.

A 1946 poster campaign from the Royal Society for the Prevention of Accidents urged citizens to use close-fitting garments and put guards over fires, lest their children wind up like the one on the poster, sporting a dress of flames. Legislation brought flame retardants to many home furnishings, though lately we’ve realised these have brought other dangers: they are endocrine disruptors, interfering with hormones.

Sometimes the danger in the kitchen came from gadgets intended to be safer than the ones they replaced. Electric kettles are a particularly ironic example. Even as early as the 1920s they had automatic shut-offs intended to keep them from boiling dry, and some even had plugs that would pop out when the correct temperature was reached. However, the plugs could easily plop into a full sink of water if the kettle was on the drainboard (death to whoever was washing the dishes, sadly), and if the safety mechanism made it hard to put a popped plug back in, people would inquisitively shove knives and other metal objects in.

Pathologist F E Camps wrote in 1956 of one instance, involving an elderly woman: “Under the impression that there was ‘something stuck’ she took the plug in one hand, thereby earthing herself with the earth safety metal strip upon it, and with the other hand introduced a metal screw driver into the positive terminal which was still connected to a 25-ampere power plug at ‘on’, she somewhat naturally received the full charge with fatal results.”

In the 1960s, the British Medical Journal noted that this was still a particular scourge of older ladies. Thankfully, modern electric kettles use a different kind of safety switch, activated by steam and not risking electrocution.

But we have a surprising danger still lingering on in our kitchens, one that most of us have never given much thought to, because it is not flamboyant or dramatic in its effects. A growing body of evidence suggests that gas stoves, even when they are off, leak methane, and when on, produce carbon dioxide gas and nitrogen oxides. In fact, one study out of Stanford University found that, although it’s small compared to what comes from industry and agriculture, enough methane is leaked from stoves to make a significant contribution to greenhouse gases in the atmosphere.

Meanwhile, nitrogen oxides, produced when the gas is burned, have been linked to respiratory problems and cardiovascular disease. In just a few minutes of cooking on a gas stove without a fan hood on, levels in the kitchen were exceeding US national standards, according to the Stanford study, which was published in January 2022. As Rebecca Leber notes in her coverage of this study for Vox, another study found that kids in homes with gas stoves, rather than electric, were 42% more likely to have asthma.

That doesn’t mean electric stoves are without risks. According to research by the National Fire Protection Association, the rate of cooking fires is 2.5 times higher in households with electric ranges.

Like many dangers in the home, both past and present, the gas stove has a strong PR team. Leber notes that this source of pollution can be replaced with an electric or induction stovetop with relatively little trouble, but in the United States, the natural gas industry is working to avoid a consumer exodus, going so far as to hire social media influencers to tout the benefits of cooking with gas. They are also lobbying against municipalities banning new gas hookups and transitioning to a cleaner infrastructure.

Perhaps in 20 years’ time we will look back and shake our heads at the dangers we unknowingly harboured. But the scientific picture, at least, is growing clearer: your new stove should probably be electric or induction. And in the meantime, remember to switch on your fan.

DISCLAIMER: The Views, Comments, Opinions, Contributions and Statements made by Readers and Contributors on this platform do not necessarily represent the views or policy of Multimedia Group Limited.
Tags:
Kitchen
Kitchen accident