The Jonah Hexalogy: Lessons for all 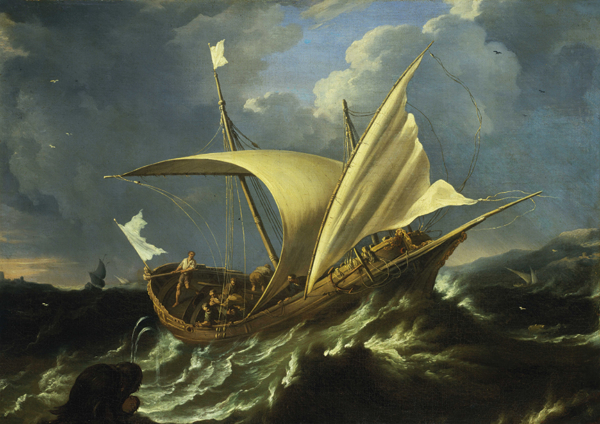 He answered, “I am a Hebrew and I worship the Lord, the God of heaven,
who made the sea and the dry land.” This terrified them and they asked,
“What have you done?” (They knew he was running away from the Lord,
because he had already told them so.) The sea was getting rougher and rougher.
So they asked him, “What should we do to you to make the sea calm down for us?”
“Pick me up and throw me into the sea,” he replied, “and it will become calm.
I know that it is my fault that this great storm has come upon you.”
Jonah 1:9-‬12 NIV

….that day by day by each passing day, we are, as a nation, breeding a people who do not live by any ethics nor virtues nor ethos nor values…to the extent that we don’t know who we are anymore….

….we have failed ourselves as a nation and we take pride more now in tribes we belong to than the collective as a people and as a nation….so we do the bank balancing act of….ok…we produced an Ewe President…an Ashanti President…a Gonja President…and now an Akyem President…so these tribes are excluded going forward for the next President of Ghana…

….guess by this where the Vice Presidents hail from don’t really matter anymore…really…..? …..by this reckoning….what if by default when a sitting President dies…then what happens…?

….and when the tribes’ argument fails… then we defer to the regional premises….we have had a president already from Volta….then Ashanti…then Central, which region might stretch the argument and feel ‘cheated’ because their candidate didn’t serve even a full term by his death in office…and then Northern…and now Eastern….so where next for the region of the next President..?

…this was after the JOHN TRILOGY argument had failed after others had tried so hard to fix a JOHN somewhere into their names when contesting their party’s flag-bearership….

….can’t we for once be more serious with such matters to consider people on merit for positions of leadership….as we take such arguments to different and higher levels of appreciation…now….I can imagine by stretch of any imagination… if the people in Jonah’s boat were ‘Ghanaians’ how the arguments would have changed…not on the merits of the case but the casting of the lots would have been on tribal lines to miss the whole point of the exercise…

… I am looking to the day that we look at issues differently as a people…as a nation…now as Ghanaians FIRST…is that too much to ask…?

…I am looking forward to the day that people in leadership positions will have the boldness…the MORAL COURAGE to admit and confess like JONAH did…even though he knew the consequences and was ready to suffer the punishment for it…irrespective of his tribal inclination nor political coloration….

….remember ‘PROUD TO BE A GHANAIAN‘ campaign….which turned empty slogan after how many months…?….because it was recited by the very people who didn’t even believe in the very slogan they coined…or conceived…otherwise some of them couldn’t have taken some of the decisions they took…which didn’t benefit the people who voted them into office to serve them…otherwise the law is the law…so who cares whether a culprit is a Chinese or a Ghanaian…when we are all concerned about GALAMSEY…?

….nothing hurts the ‘SOUL OF A PEOPLE’ most than the betrayal by their leaderships in all spheres of governance…personal and collective…even including the clergy…the ‘moral voices of the people’…to the extent that they can’t even make Jonah’s confession in public:….”I worship the Lord, the God of Heaven, who made the sea and the dry land”…so we can’t terrify people who might have the courage or audacity to ask us…those of us in leadership positions…WHAT HAVE YOU DONE?

….no matter what we try to do…the storms of life keep derailing us as a people…as the storms of life keep tossing us about as a nation: Ghana…funny to ask but why is it difficult to admit we are wrong for once and ask our people for forgiveness…for a wrong turn or decision or policy or programme or project….or us being the cause of a certain failure of policy or programme….sad because we forget that admitting a mistake only makes us human and strong…telling the people why we are running away from our assignments of life…doesn’t take anything from our names nor devalue who we are…if not for anything at all…it earns us some respect…for Jonah, the people knew…because he told them….he admitted….

…..now the CRUX of the matter….the measure of true leadership…when Jonah was asked: “WHAT SHOULD WE DO TO YOU TO MAKE THE SEA CALM DOWN FOR US….what do you think a Ghanaian leader of any type or class would have said as an answer…without considering the bigger picture… without counting the cost of additional lives to be lost…without looking at his or her own personal loss (not SACRIFICE for the greater good)….without playing to the gallery of his personal praise worshippers or singers….but that isn’t the calling of a true leader…who cares for the people he or she has sworn to defend…guess if our leaders of the slave trade era had taken the bull by the horn…not asked the colonial masters to take their own children abroad to give them education and rather sold their subjects’ children as slaves…but stood with their people to fight colonization…we would have had a different heritage now….

….Jonah understood his moment in history and answered: PICK ME UP AND THROW ME INTO THE SEA….

….such courage and mark of true sacrifice:…admitting I KNOW THAT IT IS MY FAULT THAT THIS GREAT STORM HAS COME UPON YOU…when will we ever have such a leader for our people…not even when we all knew UG…was a failure…not a panacea for what we faced as a people then as the appropriate form of governance for us at that moment in the history of Ghana…and yet others for personal gain, supported call for union government then…and kept pushing the agenda…don’t we ever learn…as a nation…why are we afraid to take those decisions of true STATESMANSHIP to free our people from perishing in the storms of life….throw me into the sea to save the rest of the people on the boat by the loss of just one person…Jonah….against rest of nation – GHANA…

DISCLAIMER: The Views, Comments, Opinions, Contributions and Statements made by Readers and Contributors on this platform do not necessarily represent the views or policy of Multimedia Group Limited.
Tags:
Jonah
Jonah Hexalogy
Magnus Naabi RexDanquah