The more kids I have, the less craps I give 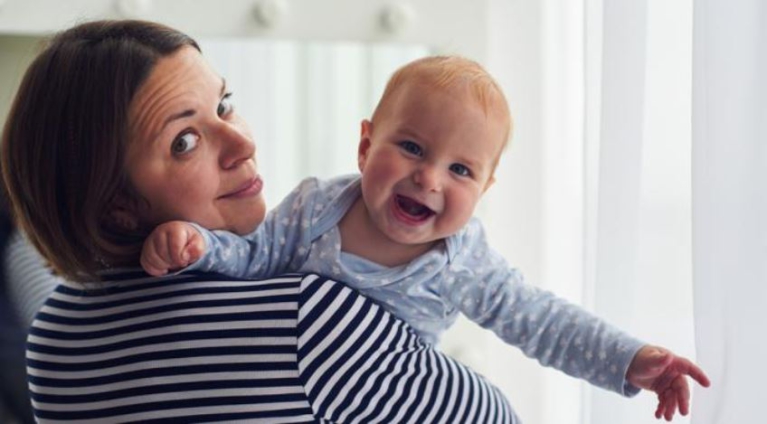 When my first son was born, I washed all his tiny clothes in organic, scent- and dye-free detergent. I folded them meticulously, putting them away in the deep drawers of his nursery wardrobe.

I sanitized the whole house, child-locked all the things, read parenting books, and took birthing classes. When he came home from the hospital with me, I was paralyzed with fear.

I constantly checked to make sure he was breathing while he slept. I Googled the phrase “Is it normal for babies to…” more times than I can count.

When my third son was born, my husband got down a box of those same tiny newborn clothes from the garage. He asked me if we should wash them first. I didn’t even pause before saying no.

I washed them four years ago. Ain’t nobody got time for that much laundry.

Over the years, I’ve given up a lot of my insecurities and ideas about what it means to be a “good parent.” I get what matters and get over what doesn’t.

In short, I have way fewer craps to give.

I’ve given up the all-organic, made-from-scratch lifestyle that I envisioned for myself as a young mother in favor of the more-than-occasional box of Kraft noodles and my sanity.

I eschew hand sanitizer and laud of the immune-boosting properties of dirt.

I’ve definitely uttered the phrase, “If she’s not allergic to dog food and toilet bowl cleaner, I’ll be damned if strawberries are what kill her.”

Whenever I’m in a room with first-time moms (which is often, since I had kids way earlier than my peers) who are wringing their hands over first-year milestones or the thought of their baby having gluten sensitivity, I want to shake them by the shoulders and tell them the things they’re worrying about aren’t worth their carps.

I would know. I’ve been there three times. My daughter ate an Oreo that she soaked in a mud puddle for a good 15 minutes yesterday, so your baby is probably going to survive the transition from purees to yogurt.

Mothers spend so much time worrying that they come off as a bad parent if they aren’t constantly in the throes of agonizing over sleep schedules or how to structure their child’s day.

It’s as if motherhood is measured by how broken up you are over every trivial decision.

Stay-at-home moms especially seem to be experts in what to worry about, often spending their days educating the people of Facebook on the dangers of improper baby-wearing and genetically modified foods.

But all that worrying is so heavy and time-consuming. I remember what it was like to stress over things that didn’t really matter; it was awful.

I spent so much time trying to micromanage and control every little detail related to parenthood. I felt like I needed to have an opinion about everything.

I had to be the “right” kind of mother; I needed to do all the “right” things. I couldn’t imagine in that first year of motherhood that a day would come when I would stop making homemade baby food, let alone pick a pacifier up off the floor, brush off the cat hair, and call it good.

Having more kids forced me to give up control of all the insignificant details I once assigned so much importance to in those early years of motherhood.

I had to pick and choose what things were worth my craps, and now a surprisingly small number of things fit the bill.

And you know what? I actually enjoy motherhood now. I don’t care what other people think of me as a parent. Zero craps given.

I’m a better mother because I’m confident in who I am as a parent. My kids are happier because I’m less stressed out all the time.

Letting go of those impossible parenting ideals is good for everyone involved.

So loosen the reins a little. Give a few less craps. You’ll thank me. I promise.

DISCLAIMER: The Views, Comments, Opinions, Contributions and Statements made by Readers and Contributors on this platform do not necessarily represent the views or policy of Multimedia Group Limited.
Tags:
Children
Motherhood