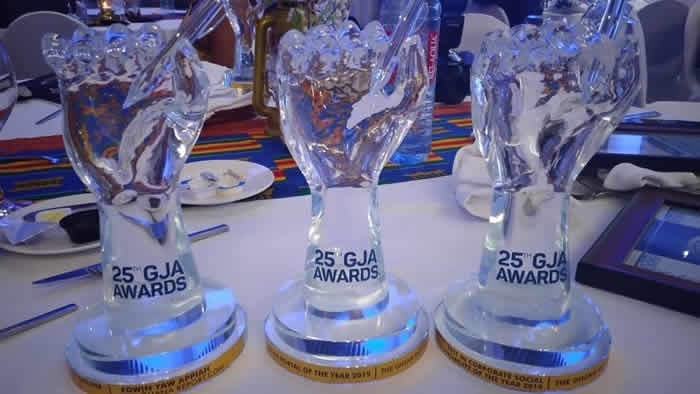 Seven journalists working with The Multimedia Group and the Newsfile programme have been nominated for the 2021 Ghana Journalists Association (GJA) Awards.

The nominations were announced by the Ghana Journalists Association in Accra on Monday, November 7, 2022.

Twenty-five competitive awards are up for grabs at the awards ceremony which would be held at the Kempinski Hotel on Saturday November 12, 2022.

The theme for this year’s awards is, “Walking the path towards economic recovery: The role of the Media.”

The Chairperson of the 26th GJA Awards Committee, Yaa Oforiwah Asare-Peasah, who announced the nominees said a total of 137 entries were received.

According to her, some of the entries were rejected because they did not meet the set criteria.

“Some of the submitted entries did not meet the criteria for winning the GJA Awards. An example is the columnist of the year. There were also misunderstanding of the categories entered,” Mrs Asare-Peasah explained.

The Chairperson of the Awards Committee stated further that the work of the nominees were the best out of the lot, “It is essential to note that the committee selected the best entries for the awards. The awards committee recommends that an award could be shared in highly competitive situations that pulls a tie.”

The President of the GJA, Albert Dwumfour in his address touted this year’s awards as the best ever to be held in the history of the GJA Awards programme.

He attributed this to some strategic initiatives the national executive has taken ahead of the ceremony. “We set up of the awards review Committee who reviewed the nature of the award categories slashing it from over 50 categories to 37,” he explained.

Mr. Dwumfour expressed the commitment of the GJA to the growth of the country, adding that this obligation informed the choice of theme for the 26th awards ceremony.

DISCLAIMER: The Views, Comments, Opinions, Contributions and Statements made by Readers and Contributors on this platform do not necessarily represent the views or policy of Multimedia Group Limited.
Tags:
GJA Awards
Newsfile
The Multimedia Group