The nation which believes their king never dies 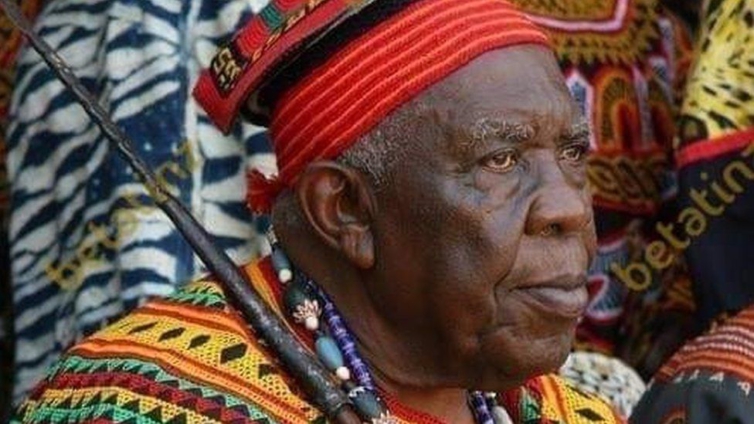 For the people of Mankon in the grass-fields of north-west Cameroon, their king – known as the fon or fo – never dies. He simply disappears.

So the regional governor Adolphe Lele incurred the wrath of the Mankon people when he broke a taboo by announcing the death of the 97-year-old Fon Angwafor III late last month.

“The fon is the custodian of all land in Mankon. He is the very source of our cultural spring. He is the fountain of our spirituality. He is the bridge between the yesteryears, the here and now and the aftertime,” says barrister Joseph Fru Awah, a Mankon notable.

Having ascended to the throne in 1959, Fon Angwafor III was the first monarch to acquire a western education. He went to school in the days when royal children were kept out of classrooms to protect them from what was seen something for commoners.

He furthered his studies by qualifying as an agro-technician in a nation where farming is part of the daily lives of many people.

Like all Mankon monarchs, he was a polygamist and, in accordance with tradition, the number of wives he had was never disclosed. But to say that he had about a dozen would be a conservative estimate. He is also thought to be survived by dozens of children.

Fon Angwafor III was frequently referred to as King Solomon the Wise by his subjects.

“He always sounded like a teacher. Each time I met him, I would go away with some food for thought and plenty of humour,” said Eveline Fung, who met the king on numerous occasions.

But he had his fair share of critics. When colonial rule ended in the 1960s, he was one of the architects of the unification of English- and French-controlled territory into what is now Cameroon.

Mankon is one of the biggest kingdoms in English-speaking Cameroon, home to hundreds of thousands of people.

Some of those who advocate English-speaking Cameroon’s secession have never forgiven Fon Angwafor III for supporting unification.

Rare for a monarch, he also served in parliament, making history by becoming Cameroon’s first – and only – independent MP from 1962 to 1988.

In 1990, he became the national vice-president of the ruling party under Paul Biya, Cameroon’s authoritarian president. He remained in the post until his “disappearance”.

His critics felt that as a monarch, he should not have got involved in partisan politics. But he defended his decision, insisting that he was “the father of all” and his involvement in politics was aimed at advancing the development of communities.

It took three long weeks for the Kwifor, the secretive supreme council of Makon kingmakers, to formally declare the “disappearance” of the king.

Until then, people whispered phrases like “there is smoke in the palace”, and refused to even say that their monarch had “disappeared” – although he had already been “inhumed” at a sacred place unknown to the public. The Mankon regard it as taboo to say that their king has been buried.

Once the announcement of his “disappearance” was made on 29 May, men did not wear caps, and women did not farm as a mark of respect for the monarch.

The mourning culminated on 7 June when tens of thousands of people turned up at the 300-year-old royal palace in Bamenda – a city with a population of 500,000 and the heartland of the Mankon.

But no-one shed a tear. It is an abomination to cry for a missing fon.

Both women and men were dressed in skirts made from dried banana stems, or bamboo. Their upper bodies were bare, except for the women who wore black bras.

Flanked by members of the Kwifor, the new king – son of Fon Angwafor III – walked into the palace courtyard, barefoot and bare-chested, with only a white cloth wrapped around his waist.

The crowd gently threw pebbles and small stones, grass and leaves, at him in a symbolic ritual to show that this was the last time that any commoner would hurt him or be disrespectful towards him.

As he was pelted, he sprinted away into the palace while his subjects walked to nearby streams to wash off the ash they had smeared on their bodies.

They then changed into their best traditional outfits – including colourful handmade gowns and headgear – before returning to the royal courtyard.

It was a time of joy and and celebration to mark the “reincarnation” of the missing fon into his successor.

“He, Fon Angwafor III, reigns, then he is missing as if to retreat and rejuvenate and then he reappears with a renewed verve and flare to rekindle the ever-burning and -blazing flame of Mankon nationhood,” says the secretary-general of the Mankon Traditional Council, Ntomnifor Richard Fru.

And so Angwafor John Asaah, chosen by the “missing” king as his heir, emerged from the palace.

Dressed in a reddish loincloth, he was raised on to an intricately carved stool by the Kwikfor to signify that he had been “enstooled” – as the Mankon people call the enthronement of their king.

The crowd went wild with joy at the palace plaza when, for the first time, the Kwifor declared his new names: Fo Fru Asa-ah Ndefru Angwafor IV.

“Who would want to miss an event that has taken 63 years to happen?” said Adeline Nguti, who had gone to the palace to witness the historic occasion.

“The next one might not happen in my lifetime.”

Her twin sister Irene added: “We are all here to welcome our new king in strict traditional fashion. This is what our culture demands. I hope the new fon will be a great custodian of our tradition, just as his father.”

But one ritual was missing – the celebratory gunfire of Mankon men, with their hunting rifles. The government banned guns – normally fired at cultural ceremonies – some time ago because of the insurgency waged by armed groups demanding the secession of English-speaking Cameroon.

It was a poignant reminder of the conflict that has hit the region since 2017. Many hope the new king will help achieve peace.

DISCLAIMER: The Views, Comments, Opinions, Contributions and Statements made by Readers and Contributors on this platform do not necessarily represent the views or policy of Multimedia Group Limited.
Tags:
Cameroon King
Mankon