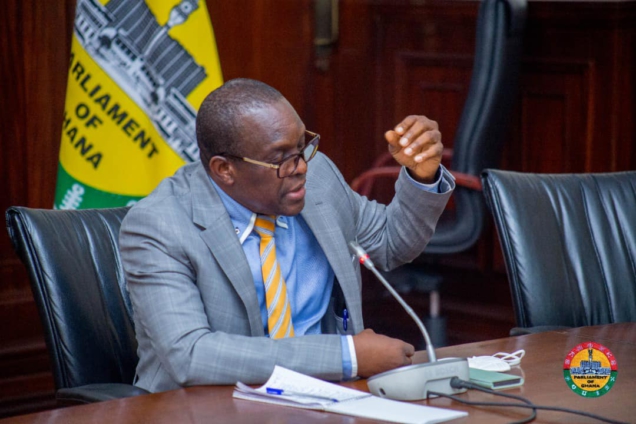 Speaker of Parliament, Alban Bagbin is not happy about the alleged harassment and threats of arrest of some members of the House by law enforcement agencies in the country.

According to him, on numerous occasions, he has had to speak to police authorities and on one occasion the Attorney General after receiving complaints from MPs, who are representatives of the people, about the treatment they’ve been subjected to by some police personnel.

Speaking in Parliament on Wednesday, he said, “let it be known that the power of the people is stronger than the people in power. I myself had decided to come out with a very comprehensive statement on this matter and let people know that Members of Parliament have some special rights because of the peculiar nature of the positions, functions and duties of MPs.”

This follows a petition by Madina MP, Francis Xavier Sosu for some two senior police officers to be hauled before Parliament’s Privileges Committee after he was manhandled and threatened for leading a demonstration against bad roads in his constituency.

The Madina MP wants the Speaker to take action with respect to Article 117 of the 1992 Constitution and Order 28 of the Standing Orders of Parliament.

His complaint comes on the back of a litany of abuses against lawmakers in the country with mention being made of police personnel preventing Kumawu MP, Philip Basoah to participate in the voting of the DCE nominee in his area.

Sounding a note of caution, Mr Bagbin warned he will not countenance such acts in the future.

He stated that he will not allow the police service to flout the laws provided to protect MPs during his tenure.