The rise of prostitution commonly termed hookup among university students 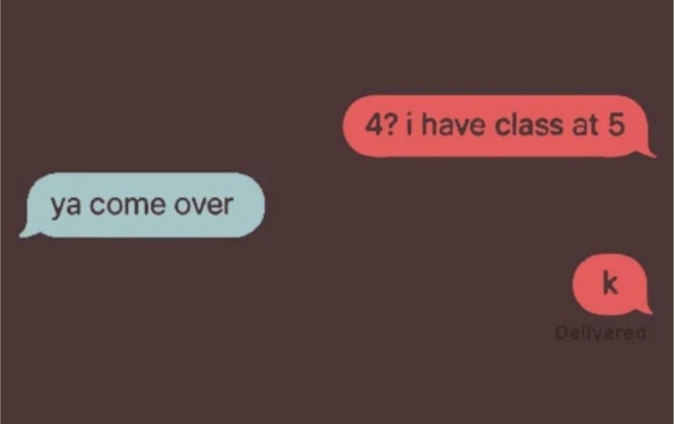 Prostitution of commercial sex work, they say, is “the oldest profession in the world as it is as old as the hills.”

Prostitution dates back to ancient societies and occurs in various forms within communities but when and how did it become common among university students?

Over the years, the name prostitution or commercial sex work has evolved to what is now known as hookups or slay queens.

Despite being a criminal offence in Ghana, some students are finding ways and means to engage in illegal activity for various reasons.

A brief study conducted on selected university campuses has revealed that the proliferation of commercial sex work among students is for financial, material and emotional gains.

Student sex workers seek out their potential clients by hanging out in pubs and nightclubs on and around university campuses at night and/or leaving contact details on their various social media handles.

Some student sex workers also convert their hostel rooms into brothels. Price negotiation is based on the environment, duration, the sex workers’ perceived safety of the sexual act, customers’ preferences for styles, and positions adopted for sex.

A level 400 student at the University of Ghana speaking on condition of anonymity said she engages in the act to pay her fees and also to keep up with the increasing financial burden on her.

According to her, she is not perturbed that the laws of the country are against prostitution as long as she gets her daily bread.

“Prostitution started right from the bible [ancient times and recorded in the bible], or you don’t know? So what has the law got to do with me? So far as I disguise myself, nobody will know my sister… I have to do what I have to do to survive, the financial pressure is real and that [prostitution] is my only option.”

The Criminal code 1960 Act 29, sections 273-279, specifically makes it an offence to engage in prostitution. Section 273 – Persons Trading in Prostitution:

(1) Any person who
(a) knowingly lives wholly or in part on the earnings of prostitution; or
(b) is proved to have, for the purposes of gain, exercised control, direction or influence over the movements of a prostitute in such manner as to aid, abet, or compel the prostitution with any person or generally, shall be guilty of a misdemeanour.

“Oh honestly, I was desperate because I was in my final year as an undergraduate student in the University of Ghana and all my mates from high school that were in different schools had completed and were doing well so I wanted to use all means possible to get money.

“Currently I am pursuing a master’s programme at GIMPA and I am able to fund my education because of this sugar mummy… So how I go fit stop! You barb?” a male student who referred to himself as Johnny at the Ghana Institute of Management and Public Administration said.

Obiora, a Nigerian student at the University of Ghana also said “shebi you know I be Nigerian? Eheh! Na my friend tell me say work dey… wey I fit do get money so me too gree follow her come. But the truth be say she no tell me say na olosho oh, na later I come find out but anyhow shaa edey ok so make I kuku do am as money no dey house. My mama don sick wey my papa na one rubbish man so you sef you for understand now.”

Even though they say that prostitution is a gold mine being exploited by students, there are risks involved.

Some of them are assaulted, others contract sexually transmitted diseases, while some after giving out their bodies are not paid for and threats.

Johnny also added, “This is funny but…my client’s husband almost caught me. The woman wasn’t aware that the husband was going to come home so we were resting when we heard the doorbell ringing and a call followed afterwards and it was a call from the husband.

“I remember the words vividly ‘darling please open the door I am home, I wanted to surprise you.’ You should have seen how my heart left my body haha but I managed to escape.”

Is there a way out?

Until the problem of unemployment is resolved, prostitution will continue to increase especially among students.

Realistically, we all know that it cannot be fully eradicated but there are a few things that can help curb the menace.

Recent statistics by the National STIs and HIV/AIDS Control Programme revealed a total of 23,495 people in Ghana tested positive for HIV in the first half of this year (January to June).

The figure is two per cent of the 948,094 people who undertook HIV testing from January to June 2022. The majority of the newly-infected people were youth.

This means something urgent must be done to fight prostitution among students.

Parents must be interested and more responsible in the lifestyles and upkeep of their children in universities than allowing students to fend for themselves. This one may sound exhausting but I believe students can apply for evening or weekend jobs.

Students must not also look for the easy way out but rather look out for the weekend and paid part-time jobs to help them meet their financial demands.

Students who intend to make money can also enrol in skill training programmes such as soap making, wig making, and dressmaking which can provide an avenue to establish a business after school.

DISCLAIMER: The Views, Comments, Opinions, Contributions and Statements made by Readers and Contributors on this platform do not necessarily represent the views or policy of Multimedia Group Limited.
Tags:
commercial sex workers
Hookups
Prostitution
University campuses