The three-piece suit: not dead! 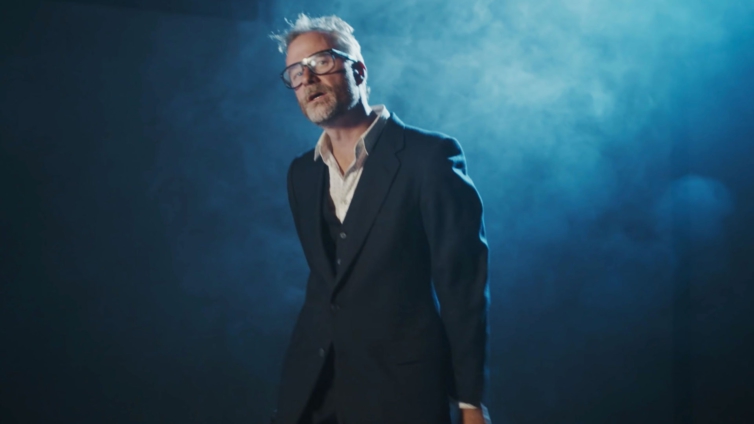 Matt Berninger reminds us that the sometimes-stuffy three-piece can be a true rockstar look.

A lot has been happening in the world of suiting. The hard-charging party suit is a thing you can and should buy.

Thom Browne’s shrunken suits keep getting sharper and weirder. Recent collections from Saint Laurent, Givenchy, and Louis Vuitton all suggest that the suit, contrary to popular belief, is not dead.

You can dress it up or down—but the big new revelation is that you can  dress it sideways or backward, too.

However, despite all this reinvention, one style within the tailored family has remained a bit stagnant: the three-piece suit.

Your first thoughts of the three-piece in recent years might go to mustached mixologists at self-serious speakeasies, or perhaps the most dressed-up guys at Pitti Uomo.

The three-piece is a classic look, yes, but it is also tough to wear without accidentally looking like an extra on Peaky Blinders.

(This obviously excludes Ryan Gosling, a master of the three-piece, but then again,  Gosling was basically placed on earth to make the rest of us look bad.)

All of this is to say that three-piece suits are very traditional, which means that they can quickly come off as old-timey or gimmicky.

Enter Matt Berninger, the frontman for the National, who recently donned a three-piece suit in a music video for his recent solo album.

The look is arty, rough around the edges, and just outright cool—three things you’re not used to saying about a three-piece suit.

In the video for “One More Second,” the musician shakes and moves and sings on a simple sound stage. The song is hushed and reflective, and Berninger’s suit is handsome and unfussy.

A white button-up shirt, crinkled with the collar undone and spotted with tiny polka dots, peaks underneath the boxy dark blazer.

His pants have the perfect amount of slouch to them. A scattering of rings on each hand, big black-framed glasses, and a pair of nice-looking loafers round out the look.

Now, Berninger isn’t the first brooding singer to rock a three-piece suit. It has been a staple of the dark-haired, cigarette-smoking Australian singer Nick Cave for decades.

(Harry Styles is a fan, too.) But it feels totally new on the National frontman.

The real reason that Berninger looks so great, I suspect, is how unconcerned he appears with what he is wearing. There is a clashing of ideals at play here.

At one point, he has taken off the blazer but has kept on the vest, and his sleeves are casually rolled to his elbows. He shuffles and spins without a care in the world.

His head bobs along with the beat, and his feet shuffle around the soundstage like a gleeful kid dancing at his aunt’s wedding. He looks wild and free.

That isn’t something one usually associates with a three-piece suit, and that is precisely why it’s so refreshing.

Throughout the song, scenes of the suited singer standing at his microphone are spliced with clips of him dancing like a madman.

Berninger has added one thing to the look that has long been missing: a sense of playfulness.

The next time you dress up whenever that may be consider adding some yourself.