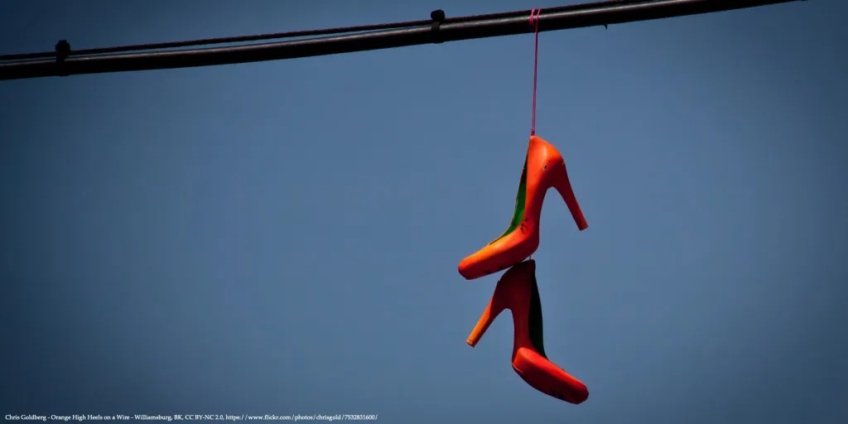 As a model, I keep finding new disgusting truths within the industry. What I’ve discovered this time left me speechless: Prostitution within the modeling scene.

I’m not talking about shady underground agencies. We’re talking about big agencies and established models that we see on billboards every day.

It started last summer when I was out in London. I was fortunate to be invited to an exclusive club at the Hilton at the request of a friend.

At the club, my friend introduced me to a man who seemed charming and friendly. I remember he had a bright smile. He wanted my number for “possible business relations.” He seemed like a trustworthy person, so we exchanged numbers.

A week later, he messaged me with an offer for an “image modeling job.” All it involved — according to him — was me going on a trip to Greece on a yacht with three millionaires.

I was confused. After all, why would anyone pay thousands of pounds to take someone with them on their yacht?

Skeptical of it all, I declined.

One afternoon, I received a message from another man who offered to pay £1,000 for three hours with nine other female models in a club, just to party.

Sounds too good to be true, right? The man — who I later found out got my number passed to him by that lad from the club — said he’d have “new jobs” for me the following week.

To his credit, he messaged me with some offers. However, when I read them, I couldn’t believe my eyes.

One was to go for dinner with a “famous actor” and be okay with the “natural intimacy” that would follow. Natural intimacy? That didn’t sound right.

“It’s the most normal thing in the industry,” he responded, adding, “everyone does it.”

He claimed even top models like Bella and Adriana have allegedly worked with him.

He said Bella received $2 million to “spend time” with a client of the company he works for. I stopped answering his messages, but he kept texting. It felt as if he was talking to me like I was a little naive girl who knew nothing.

“That is how the fashion industry works.”

Of course, I wasn’t shocked, because I know sex is a big topic in the fashion industry, but I was disappointed. Not only because he had the nerve to ask professional models to prostitute themselves, but because I had believed that it wasn’t common. Especially for such well-known models.

The man later told me one of the biggest and most established modeling agencies in the world is a very good partner client of the company that messaged me on that very day.

He explained to me that when models, who are often underage, don’t get enough modeling gigs, they get offered image modeling (which is another word for prostitution).

He made it sound like it’s the most normal thing in the world. That was — and is — disgusting to me. How can people ask young girls to sell their bodies in such a manner?

To me, trading money for sex as a model is absolutely unprofessional and dangerous. It might be “an easy way” to make money, but is that what they wanted when they started modeling?

Let me be clear, I respect anyone who decides to trade money for sex and has the ability to combine that with their morals. For me, however, it’s highly questionable.

I spoke to some of my friends in London who have some experiences in that corner and they told me it’s mainly men who pay models to be their company and to fulfill their sexual desires. On the other spectrum, when male models are requested, it’s not because a woman requested them, but a gay man.

A model friend told me that many male models are willing to perform gay-for-pay when being offered such deals. What does that say about our society? Why is it considered “normal” to be a professional (and often established) model and get requests to sleep with clients for money?

As you can see, being a model and being a prostitute are closer together than you might have thought. One can say that both professions sell their bodies, but can it be the same thing?

I learned that some models are prostitutes, albeit in a “classier,” more “sophisticated” way. This is a dark industry with lots of shady secrets that most people will never know of. And it happens all the time.

In fact, that same man who contacted me also sent me messages from other models as proof that many others were doing it.

The main problem — in my opinion — is that all of this is not questioned enough within the industry. When it is very questionable to pay underage models to have sex with people.

Models are always asked to keep quiet about these deals, which makes it even more questionable.

Accepting such offers shouldn’t open doors and enable you to be more successful.

That’s wrong; plain and simple. Modeling is already about objectifying people, especially young women. And this shifts the game toward a direction that we should never have started going toward.

Of course, people can sleep with whoever they’d like, but once there is money exchanging hands, it gets a lot shadier.

The man sent me his final text message of the night:

I know where I want to end up — and it’s not this.