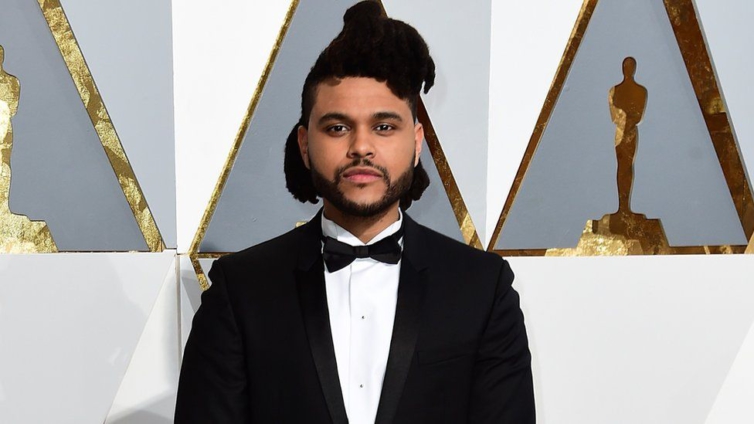 The Weeknd says he won’t submit his music to The Grammys, due to an ongoing lack of trust in the awards – despite a recent change to the voting rules.

Last year, the star called organisers “corrupt” after his album After Hours failed to receive a single nomination.

He took particular exception to the so-called “secret committees” who dictate the shortlisted nominees.

On Saturday, the Recording Academy announced they’d been scrapped – but The Weeknd said that was not enough.

“The trust has been broken for so long between the Grammy organisation and artists that it would be unwise to raise a victory flag,” said the star, whose real name is Abel Tesfaye, in an interview with Variety.

The Canadian singer, who has previously won three Grammys, called the move to dissolve these committees “an important start” but added: “The industry and public alike need to see the transparent system truly at play for the win to be celebrated”.

“I remain uninterested in being a part of the Grammys, especially with their own admission of corruption for all these decades. I will not be submitting [my music] in the future.”

Call for a ‘new Grammys’

After Hours was the world’s second biggest-selling album of 2020, while the single Blinding Lights spent more than a year in the US top 10.

So the lack of recognition for The Weeknd took the music industry by surprise. Elton John, Nicki Minaj and Drake were among the artists who rushed to his defence.

“I think we should stop allowing ourselves to be shocked every year by the disconnect between impactful music and these awards,” said Drake, who called for the Grammys to be scrapped altogether.

It was time, he said, to “accept that what once was the highest form of recognition may no longer matter to the artists that exist now and the ones that come after”.

“This is a great time for somebody to start something new that we can build up over time and pass on to the generations to come.”

How are Grammy nominees chosen?

Grammy nominations are selected by experts in their respective genres – including singers, songwriters, producers and record label staff.

A screening committee considers thousands of applications to produce a shortlist and, until this weekend, that list was whittled down further by a nominations review panel – aka the controversial “secret committees”.

Those committees had the power to overrule and replace nominees. They came under scrutiny last year, when Deborah Dugan, the Recording Academy’s former chief, accused them of corruption as part of a legal complaint over her dismissal from the organisation.

In one example, she claimed that an artist who was up for song of the year category was allowed to sit on the committee for that category.

Last year, the Academy ruled that musicians on the committees should sign disclosure forms to prevent such conflicts of interest.

But those changes didn’t stop The Weeknd’s music falling through the cracks. It is possible, for example, that After Hours was considered a pop record by the R&B committee and vice versa, locking him out of both categories.

Whatever the explanation, the star’s snub played into a perception amongst black artists that the committees routinely overlook hip-hop and R&B artists in the “big four” categories – album of the year, song of the year, best new artist and record of the year.

Artists including Jay-Z, Frank Ocean, Drake and Kanye West have all protested over the Grammys lack of recognition for black artists – with many citing the fact that no rap album has won album of the year since Outkast’s Speakerboxxx / The Love Below in 2004.

How are the rules changing?

On Friday, The Grammys voted to change its nominating process, dissolving the nomination review committees for 61 of the ceremony’s 84 categories.

The awards they oversaw will now be determined solely by voting members of the Recording Academy.

Organisers also confirmed that more than 90% of members will have to re-qualify before they can vote in 2022, thereby “ensuring that the voting body is actively engaged in music creation”.

Interim Grammy chief Harvey Mason Jr said the process of eliminating secret committees had started before The Weeknd’s snub – but acknowledged that the controversy undoubtedly helped push the changes through.

“Any time an artist, especially one of that stature, calls our process into question or thinks something is unfair… the Academy is of course going to be affected by that, and want to work to make things better,” he said.

The Weeknd’s manager Wassim “Sal” Slaiby, added: “No change comes without a voice heard. I’m just proud of Abel for standing up for what he believes in.

“I was in a shock when all this happened but now I see it clearly, and I’m glad we stood for our beliefs.”

DISCLAIMER: The Views, Comments, Opinions, Contributions and Statements made by Readers and Contributors on this platform do not necessarily represent the views or policy of Multimedia Group Limited.
Tags:
Grammys 2021
Music
The Weeknd