The words to say — and not to say — about suicide 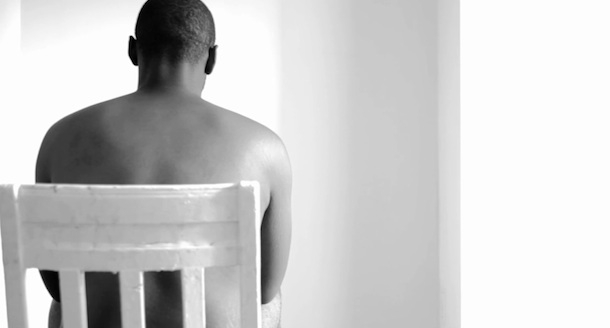 With two high-profile deaths by suicide this week and a new government report released detailing a rise in suicide rates in the United States, a topic that's often avoided, judged or only whispered about is now on the tips of people's tongues.

What we say or don't say, and how we say it, makes a difference, according to experts. Our words matter to those struggling with thoughts of ending their own lives and to those reeling from loss owing to suicide. And in a world where silence or insensitivity often makes matters worse, it's time to talk about our language.

Top of mind to many who care about this topic is getting rid of the phrase "committed suicide," says Dese'Rae Stage, a suicide awareness activist who holds a bachelor's degree in psychology and is trained in crisis intervention.

"It implies sin or crime" — we "commit" sins and crimes — "and pathologizes those affected. We suggest more objective phrasing, like 'died by/from suicide,' 'ended their life' or 'took their life,'" she said. "If we're using the right language, if we're pulling negative connotations from the language, talking about suicide may be easier."

A similar guideline actually has become the rule of thumb for major news organizations, including CNN, which often set the tone of public conversation around suicide.

Stage, who is also a photographer based in Philadelphia, is on a mission to humanize the topic and normalize discussions about suicide so we, collectively, can grapple with what the US Centers for Disease Control and Prevention ranks as the United States' 10th leading cause of death. She's the force behind a project called "Live Through This," which collects the stories and portraits of suicide attempt survivors — of which she is one.

She thinks of how cancer was for so long referred to as "the C word," how people were terrified to even mention it. Now that people speak openly about cancer, funding, research and avenues of support have grown exponentially.
She imagines a world where suicide isn't an off-limits or taboo subject, where we can learn to be there for each other.

Because suicide is a topic Stage is intimately aware of, she offers advice to those who are concerned about someone they love and are struggling with what to say.

Be direct and ask, "Are you thinking about suicide?" she said. "When you're able to say the 'S word,' you acknowledge it. It takes the power away. Then say, 'What can I do?' or 'How can I help?' They may not have an answer, but it's worth asking."
For someone in a suicide crisis, Stage says it's OK to get even more specific with questions: "Do you have a plan? Do you have a method? Do you have a time frame?"

The goal, she explains, is to make a connection, engage in conversation, validate feelings and give the person a moment to breathe.

If the person you're worried about answers "yes" when asked if they're thinking about hurting or killing themselves, Gold suggested that's when you reach out to a therapist, a doctor, a family member — not necessarily an emergency room — because preventing isolation and fostering human connections are key.

Also, don't rattle off the list of people for whom a person must live, Stage adds.

"That often makes them feel worse if you're doing it for them," she said. "They're thinking, 'I'm a terrible person, and all these people would be better off without me.'"

After Stage tried to take her own life 12 years ago in small town Tennessee, her best friend took her in to her Texas home, offering a needed escape. She didn't watch over Stage 24/7 but offered her a safe space — "and she gave me space in it."

So often people "fragilize" those who've attempted suicide and treat them as children, Stage said. "You do need to be nurtured after a suicide attempt, but you don't need to be treated like an egg."

Those who have lost a loved one to suicide may be reluctant to share their stories "because doing so is usually met with gross insensitivity — as in 'Why didn't you do something?' or 'Didn't you know he was mentally ill?'" said Tony Salvatore, director of suicide prevention at Montgomery County Emergency Service, a nonprofit mental health crisis service in Norristown, Pennsylvania.

That sort of reaction, casting blame — however unintentionally — on survivors who are already struggling with guilt is just one way the stigma of suicide gets perpetuated.
It's human nature to want to identify the reason why people take their lives. But there is no one reason, and it's unfair to expect answers, said Janet Schnell, an Indiana social worker who leads support groups and provides suicide prevention training. She lost her younger brother to suicide 20 years ago.

Likewise, asking for details about how a person died by suicide, especially in the immediate aftermath, is not recommended, she said.
Phrases that may be meant to comfort such as, "They're in a better place now," or "They're no longer hurting," can also hurt suicide loss survivors, who might wonder, Schnell said, "Wasn't the place where we are good enough?"
The best response she got from a friend was this: "I'm here for you at 3:30 in the morning." Having a person to call and cry to in the middle of the night, even if the words exchanged were few, made a difference.
When Schnell's brother ended his life, people often avoided talking to her and her family members in person because they didn't know what to say. Instead, she remembers going out to eat and hearing people whispering about their loss.

Avoiding the truth of suicide does a disservice, and if finding the right words to say are difficult, Schnell has an easy answer.
"I always say the best thing to do is say, 'I'm sorry,'" she said, "and nothing more."