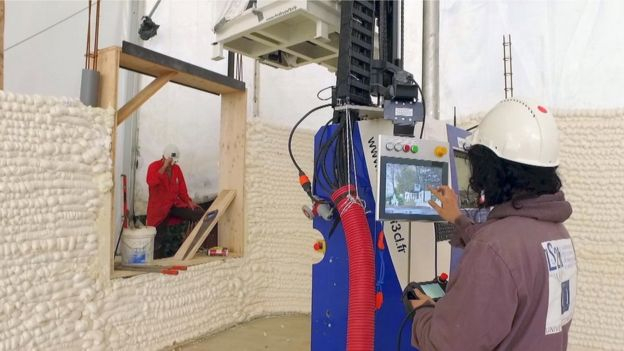 A family in France has become the first in the world to move into a 3D-printed house. The four-bedroom property is a prototype for bigger projects aiming to make housebuilding quicker and cheaper. Could it cause a shift in the building industry?

With curved walls designed to reduce the effects of humidity and digital controls for disabled people, this house could be an expensive realisation of an architect's vision.

But having taken 54 hours to print – with four more months for contractors to add in things such as windows, doors and the roof – its cost of around £176,000 to build makes it 20% cheaper than an identical construction using more traditional solutions.

The team now believe they could print the same house again in only 33 hours. 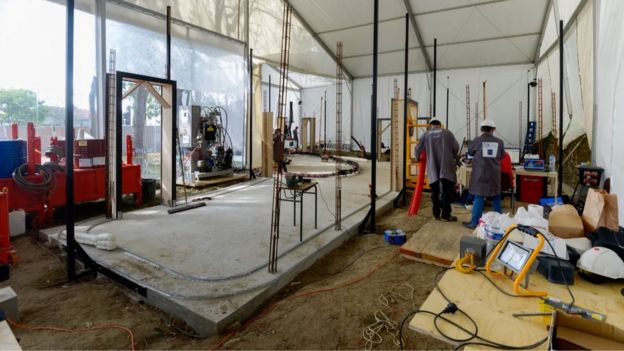 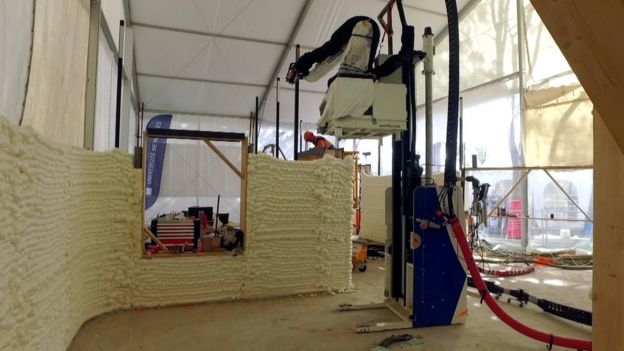 The 95m (1022ft) square house – built for a family of five with four bedrooms and a big central space in Nantes – is a collaboration between the city council, a housing association and University of Nantes.

Francky Trichet, the council's lead on technology and innovation, says the purpose of the project was to see whether this type of construction could become mainstream for housing, and whether its principles could be applied to other communal buildings, such as sports halls.

He believes the process will disrupt the construction industry. 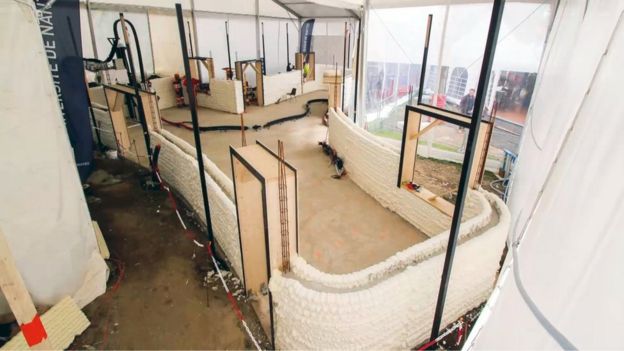 "That's why I'm saying that we're at the start of a story. We've just written, 'Once upon a time'."

Now, he says, their work will "force" private companies to "take the pen" and continue the narrative. 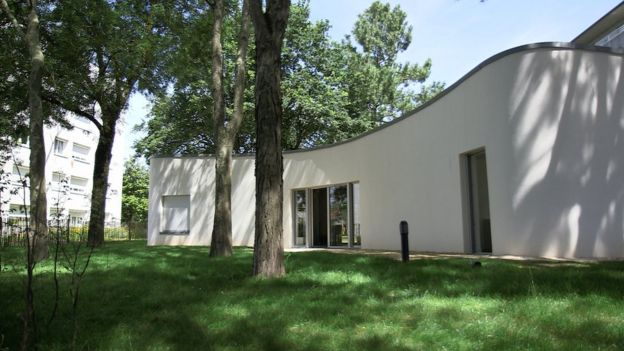 The house has been built in a deprived neighbourhood in the north of the town and was partly funded by the council.

Nordine and Nouria Ramdani, along with their three children, were the lucky ones chosen to live there.

"It's a big honour to be a part of this project," says Nordine.

"We lived in a block of council flats from the 60s, so it's a big change for us.

"It's really something amazing to be able to live in a place where there is a garden, and to have a detached house."

How does it work? 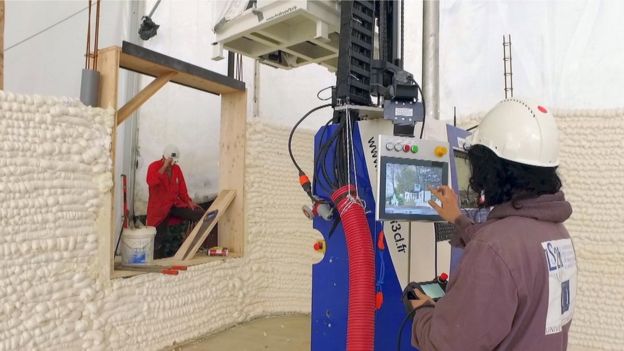 The house is designed in a studio by a team of architects and scientists, then programmed into a 3D printer.

The printer is then brought to the site of the home.

It works by printing in layers from the floor upwards. Each wall consists of two layers of the insulator polyurethane, with a space in-between which is filled with cement.

The windows, doors, and roof are then fitted. And, voila, you have a home.

The house was the brainchild of Benoit Furet, who heads up the project at University of Nantes.

He thinks that in five years they will reduce the cost of the construction of such houses by 25% while adhering to building regulations, and by 40% in 10 to 15 years. This is partly because of the technology becoming more refined and cheaper to develop and partly because of economies of scale as more houses are built.

Printing, he adds, also allows architects to be far more creative with the shapes of the houses they are building.

For example, the house in Nantes was built to curve around the 100-year-old protected trees on the plot.

The building in Nantes was also designed for disabled people, with wheelchair access and the ability for everything to be controlled from a smartphone.

It is also more environmentally-friendly than traditional construction, as there is no waste. 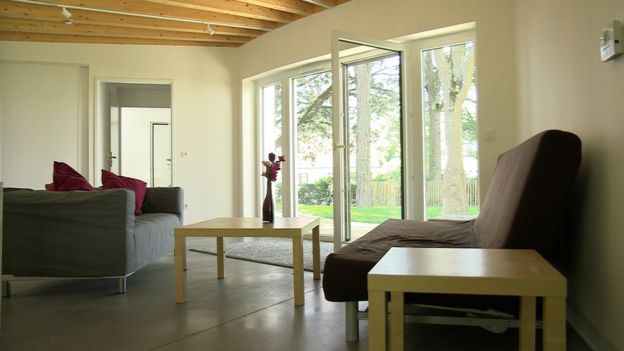 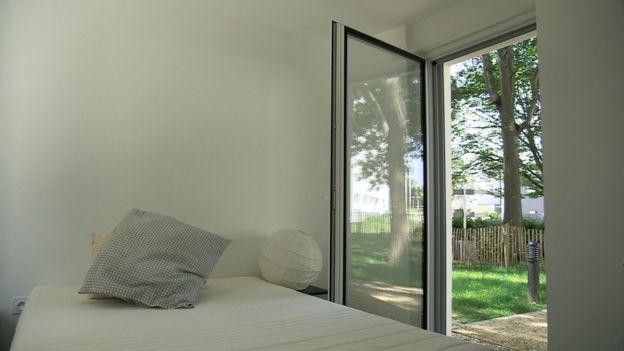 Mr Furet's dream is now to create a suburban neighbourhood with the same building principles.

He says he is currently working on a project in the north of Paris to print 18 houses.

He is also working on a large commercial building which will measure 700 metres square, he adds.

"Social housing is something that touches me personally," Mr Furet says. 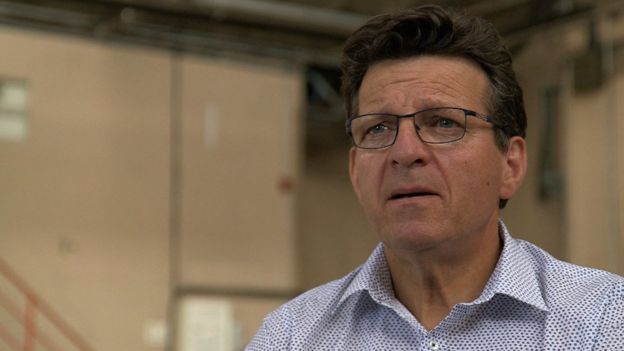 "I was born in a working-class town.

"I lived in a little house. My parents – who are very old now – still live in the same house.

"The street is a row of little houses, one next to the other, all identical.

"And here I wanted to create a house that is social housing, but with much more modern architecture."