The convenors of the #FixTheCountry movement say there are no new restrictions in place that bans Ghanaians from exercising their right to demonstrate.

In a press release, the group said that the Imposition of Restrictions (Coronavirus Diseases (COVID-19) Pandemic) (No.16) Instrument, 2020 (E.I. 395) which spells out the ban on public gatherings among others is no longer in force.

“As such, we cannot accept that that instrument provides the Police with the authority to deny requests for the exercise of rights under Article 21(d) and (f) of the 1992 Constitution, on the basis stated or any other basis.”

The conveners said that after conducting a search at the Ghana Assembly Press, and they were unable to find any new Law or Executive Instrument that contains restrictions similar to those under the “defunct” Imposition of Restrictions Act.

“As far as we are concerned and from information available to us, there are no new restrictions that extinguish our rights under Article 21(d) and (f) of the Constitution, even if the same was legally possible.”

This release comes days after the Ghana Police Service said it cannot shepherd the planned demonstration organised by the #FixTheCountry movement on May 9.

According to them, the assembly goes against the ban on public gatherings in place as part of measures to curb the spread of the novel coronavirus adding that the imposition of restrictions means the demonstration has to be halted.

“The police will not be able to provide the necessary security looking at the spread of Covid-19 and the kind of dangers that it poses to members of the public should they attend this demonstration,” DSP Effia Tenge said on Joy FM.

Speaking on Top Story, DSP Tenge explained that her outfit will seek a court order to back its stance if the agitated youth decide to defy the directive to embark on what she believes is a potential super-spreader.

However reacting to the Police statement, the group stated even if the Imposition of Restriction Act was in place, in November the Director-General of the Ghana Health Service, Dr. Patrick Kuma Aboagye has made it clear that there is no evidence that open-air gatherings cause or contribute to the Covid-19 numbers.

“In the words of the Director-General of the Ghana Health Service: ‘The political rallies happen in the open air where there is proper ventilation, and in such situations the risk of infection is low, compared with enclosed places. The virus does not do well in open spaces’.”

The Convenors added that the Police also in their letter do not indicate under which of these activities they understand our March to fall adding that the FixTheCountry march is neither a political gathering nor a rally.

They explained that prior to the elections the government had changed the ban from just political gatherings and rallies to large political rallies and gatherings.

“We surmise this because, we refuse to contemplate the alternative, which would suggest that this government having been given absolute Legislative Power under the Imposition of Restrictions Act, will pick and choose how and when to enact law to allow themselves to get away with what they want to do and when they want to do it. And Yet deprive all others of their constitutional right.”

They added that they are perplexed no one had asked them how many people are invited to the march, how they intend to ensure compliance with health protocols or the detailed proposals they have made in their notice.

“We think that the Government’s failure to take steps put in place measures to ensure that the exercise of constitutional rights is adequately balanced fails the constitutional test which depends on the very balancing of rights.”

“In any event, nothing contained under the 1992 constitution gives anybody or entity the authority to completely curtail the right of citizens to exercise their constitutional right under any circumstance. Any restriction imposed must be “reasonably required…”

Mostly made up of the youth, tens of thousands of posts have been made on social media highlighting some of these inadequacies.

The group had chosen to embark on a march on Sunday May 9 but the Ghana Police Service on Thursday announced the court has granted them a restraining order to stop the march. 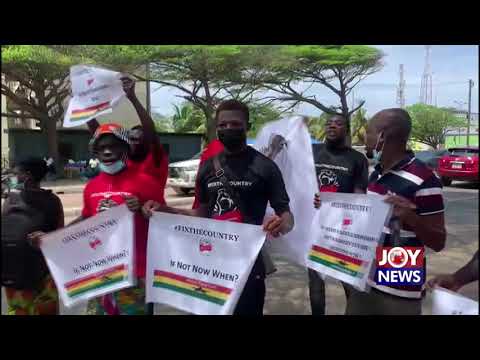 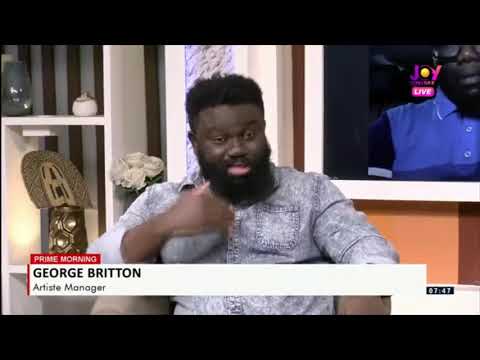