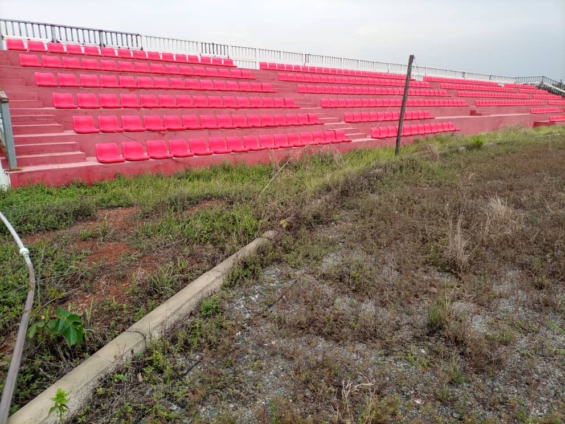 The National Democratic Congress (NDC) has chastised the Volta Regional Minister, Dr. Archibald Letsa, indicating they can hardly find a significant project initiated by him since being appointed in 2017.

The NDC Volta Regional Communication Officer, Sorkpa Kafui Agbleze, in a press statement, said it is difficult for his party to identify a project Dr Letsa had initiated and ensured its completion to benefit people of the region.

An example given by him was the 10,000 capacity Youth Resource Centre which has been abandoned after 4 years of commencement of construction works.

“We also want to remind the Regional Minister, Hon Dr. Archibald Letsa, that there is hardly any significant project under his signature in the Volta Region and that posterity will blame him and the government of H.E Nana Addo if such a project, which is meant to harness the potentials of the youth in the region, is left uncompleted”, he stated.

Wilkado Construction Limited which began work on the centre in March 2018 and was expected to hand over in February 2019, has left the site located off the Ho-Adaklu road, due to lack of funds.

This was after 80% of work has been done on the centre which would have a FIFA standard pitch, an eight-lane athletic track, a tennis court, a basketball court, a handball court among other facilities.

Mr. Agbleze found this development unacceptable since the National Youth Authority, which is incharge of the project had over 260 million Ghana cedis allocated to it under the District Assembly Common Fund between 2017 and 2020.

“It is therefore baffling that with these revenue streams, such a project  which costs 2.4 million dollars, an equivalent of GHC14.4 million will be so pathetically abandoned.”

He called on the Youth and Sports Committee of Parliament to scrutinise the expenditure of the National Youth Authority.

He also lamented how some installations at the centre are deteriorating and may need to be replaced at the expense of the taxpayer.

“It is sad to state that the project site has become a  grazing ground for cattle and hunting of grasscutter. The tracks are getting damaged, seats at the stands have been left at the mercy of the weather while some local folks go there to gather firewoods.”

“It is demoralising to see how the taxpayer’s money is being wasted under the Nana Addo-Bawumia government”, he stated.

“We equally urge the Regional Minister to as a matter of urgency repair the Ho Sports Stadium which has been damaged as a result of the organization of the Volta Fair at that place”, he concluded.