There is imminent danger ahead if we don't fight corruption - NCCE boss - MyJoyOnline.com 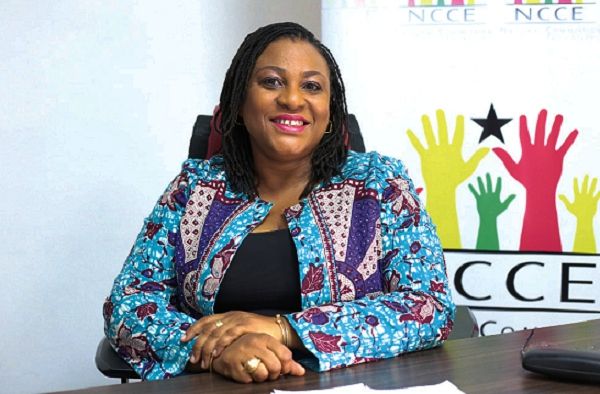 Chairperson of the National Commission for Civic Education (NCCE) fears political instability if appropriate measures are not implemented to deal with corruption in the country.

According to Josephine Nkrumah, the surge in political turbulence in the sub-region is occasioned government’s inability to address the root cause of corruption.

Ghana stagnated in its performance on the corruption perception index, where the country managed to rake 43 points out of the 100 score mark, just it did last year.

She was contributing to a roundtable discussion on the theme, “Rethinking Ghana’s Anti-Corruption Strategies, A Decade Trend Analysis of the Corruption Perception Index in Ghana.”

It was organised by Ghana Integrity Initiative (GII), the NCCE boss charged government to walk the talk in its quest in dealing with corruption.

“If the fundamental law is flawed, it doesn’t serve the purpose now; then we have to go back to the drawing board. So we’ve to do that now.

“Let me remind all of us about what is going on in the sub-region. We see a recurrence of coups in West Africa and must not sit and think it cannot happen in Ghana.

She added that “All the countries we’ve seen who are suffering coup d’état, you know the frightening thing about it is that the coup leaders are being cheered by the people.

“And so you ask yourself, what then is democracy? For the people and by the people. So if a Coup leader comes and is cheered on, is it democracy? Is it democratic?” She asked.

“Some will say yes, some will say because you came in the form of some perceived violence it is not democracy, but I want that to cause us to think that there is a direct relationship between corruption, its effect on our democracy and the imminent danger that lies ahead for us and if we are sensitive enough and our ears are on the ground to hear what goes on in the sub-region.