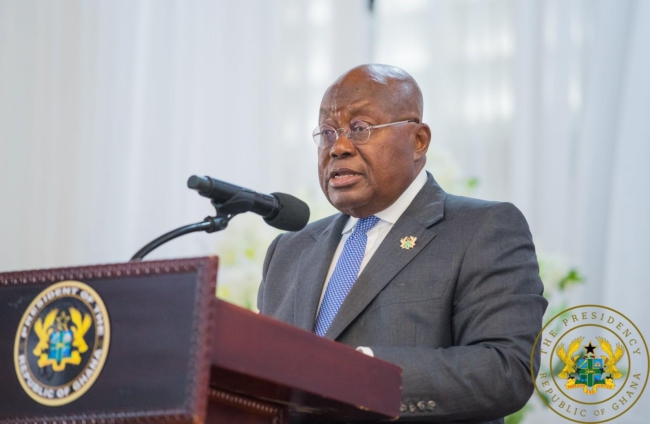 President Akufo-Addo has dismissed calls for the government to hold on with the construction of the National Cathedral due to the prevailing economic conditions.

The President said there is no appropriate time for the building of such monuments.

Speaking for the first time after the controversy surrounding the funding for the project, he said the construction of the structure will fill a missing link in the nation’s spiritual architecture.

The President added that the cathedral will not only benefit Ghana but Africa in general upon completion.

He, however, said the cost should be borne by the Christian community with the state’s support.

President Akufo-Addo spoke at the symposium of episcopal conferences of Africa and Madagascar on Tuesday, July 26.

“My personal view has always been that even though the Cathedral will be very much a national institution, the cost should be largely borne by the Christian community, with the state providing the land and initial funding to get the project off the ground.”

“Looking through the history of all the great cathedrals of the world, there has never been what can be called an appropriate time to build a cathedral. Invariably, it has taken many years, sometimes centuries, to complete,” the President said.

The government has been heavily criticised for deciding to build a national cathedral at a time economic conditions are not good. Inflation for May stood at 29.8%, equivalent to 78% of GDP while the country’s debt has been put at GH₵391bn with the main opposition party, NDC is leading the pack of critics.

North Tongu MP, Samuel Okudzeto Ablakwa, has accused the government of using state funds to build the Cathedral; adding that the Finance Ministry has released an unapproved amount of GH₵200 million of the taxpayers’ money to be used for the building of the project.

The National Secretariat of the cathedral has however dismissed these claims by the MP.

Meanwhile, the construction of the cathedral has stalled due to the unavailability of funds.

DISCLAIMER: The Views, Comments, Opinions, Contributions and Statements made by Readers and Contributors on this platform do not necessarily represent the views or policy of Multimedia Group Limited.
Tags:
Ablakwa
Akufo-Addo
National Catherdral