There was Appointments Committee consensus on Gifty Twum-Apofo – Afenyo-Markin 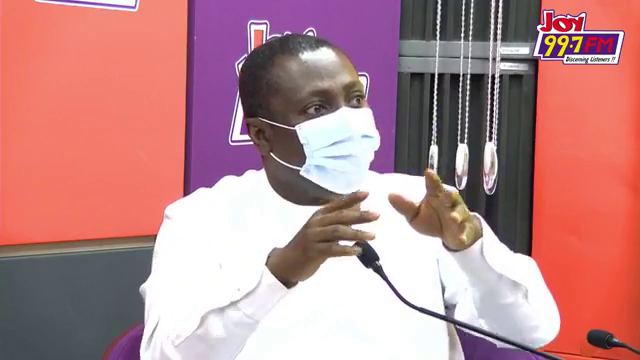 The vice-chairman of the Appointments Committee of Parliament has revealed that the decision to recommend Deputy Education Minister-designate, Gifty Twum-Ampofo, to the House for approval was reached through consensus, in the absence of the NDC MP, Alhassan Suhuyini.

According to Alexander Afenyo-Markin, despite Mr Suhuyini’s disapproval of Gifty Twum-Ampofo, the 11 other NDC MPs on the Committee recommended her for approval.

“However, per the records, on the day the vote was taken, members present in voting all voted for the nominee. He was unavoidably absent, perhaps he had other equally important Parliamentary business to do but the records must reflect that he was not present at the time of voting. All members including members of his side (Minority) voted for the nominee. So it was consensus,” Mr. Afenyo-Markin said.

Mr. Afenyo-Markin’s comments follow the decision of the House to suspend the approval of three nominees, including Ms Twum-Ampofo.

A consensus was reached Friday, June 18, in Parliament to pull the breaks on the approval of two others, Amidu Issahaku Chinnia and Diana Asona Dapaah, who have been nominated as deputy ministers for Sanitation and Water Resources Ministry and the Ministry of Justice, respectively.

Speaking to JoyNews‘ Evans Mensah on Top Story briefly after the House’s decision, Mr Afenyo-Markin explained that what happened is not entirely new to Parliament. He cited the controversy surrounding the approval of Andrew Egyapa Mercer as Deputy Minister for Energy to defend his submission.

He further stated that despite the opposition, the nominee was finally recommended and subsequently approved.

“This is not the first time the House is being confronted with a thing like this. I mean there are times a matter may come up and a member will say that look ‘I feel so strongly about the particular issue so I want some feedback.’ It is within your right as a member of Parliament so I don’t fault Suhuyini.

“I’m sure like we did earlier, with Egyapa Mercer it was all out there that they rejected him at the Committee. At the end of the day, it wasn’t a rejection. A member wanted to understand his answers to some earlier questions and when he got the tape and played it again overnight, he realised that indeed Egyapa did not contradict himself and that he clarified his position. So he came and willingly said ‘I’ve cleared it I think I have no problem’ and we moved on.”

Touching on the suspended approval of the three nominees, the Deputy Majority leader and Effutu MP stated that such a decision arose because the opposition against the approval of Ms Twum-Ampofo is now at the caucus level and not a personal kind.

“That was why in my earlier submission I was saying that when you have a personal position and your caucus says otherwise, you need to give way and at the Committee level, that was what happened. Yet all your colleagues including the leaders saw that there was no issue with the woman but you said you also stand by your position. That did not stop the colleagues on your side from voting for the woman.”

DISCLAIMER: The Views, Comments, Opinions, Contributions and Statements made by Readers and Contributors on this platform do not necessarily represent the views or policy of Multimedia Group Limited.
Tags:
Afenyo Markin
Alhassan Suhuyini
Appointments Committee
Gifty Twum-Ampofo
Parliament