These 5 player transfers show the AFCON is very relevant - MyJoyOnline.com

These 5 player transfers show the AFCON is very relevant 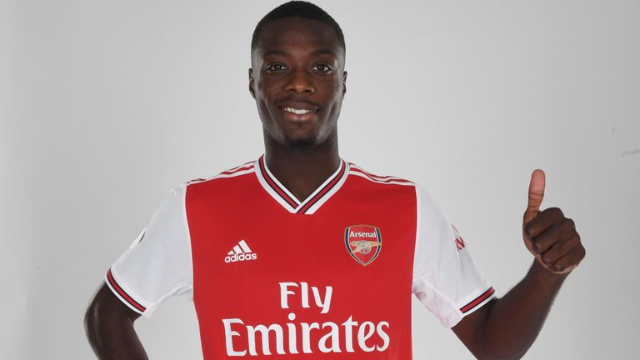 Prior to the commencement of the 2019 Africa Cup of Nations, the future of some African players were in doubt. However, the tournament in Egypt served as a springboard for some outstanding players who secured new deals.

Aina was a member of Chelsea’s loan army before the AFCON began, last playing for Italian side Torino. The showcase was his chance to convince Torino and other suitors to move in for him permanently and he did not disappoint, playing a major role in Nigeria’s eventual third-place finish. The fullback sealed a €10 million move to Torino from Chelsea shortly after and will look forward to making big strides in the Serie A next season.

The Ghanaian striker received a lot of criticism for his performances last season with Crystal Palace, hence, had a point to prove at the AFCON. Despite crashing out of the round of 16, Jordan Ayew had his head held up high after his scintillating performances in the group stage saw him score two goals. The Crystal Palace scouts took notice and rewarded him with a three-year deal and another shot in the English Premier League.

Mohamoud Hassan, popularly known as Trezueget completed a move to newly-promoted Premier League side Aston Villa. Despite Egypt’s early exit at the tournament, the 24-year-old’s exploits at the AFCON did not go unnoticed. His industry and skill on the ball saw him light up the tournament in Egypt. There is no doubt his prowess will be needed by Aston Villa as they seek to prolong their stay in the English Premier League.

The 29-year-old‘s sterling performances at the tournament caught the eye of many clubs particularly French Ligue 1 giants, Paris Saint-Germain, who have sought after a defensive midfielder since the departure of Thiago Motta. Idrissa Gueye missed just one of Senegal’s matches at the AFCON and scored the lone goal that sent the Teranga Lions to the semi-finals of the competition. He described his move from Everton to PSG as a dream and an offer he could not resist.

The Ivorian star recently signed for Arsenal at a club record fee of £72 million. This ranks him as the most expensive African player of all time ahead of Cedric Bakambu, Riyad Mahrez and Aubameyang. The winger had been heavily linked to The Gunners all summer and his performance at the just ended AFCON all but sealed a place for him at Arsenal. He is expected to partner Lacazzette and Aubameyang up front next season.