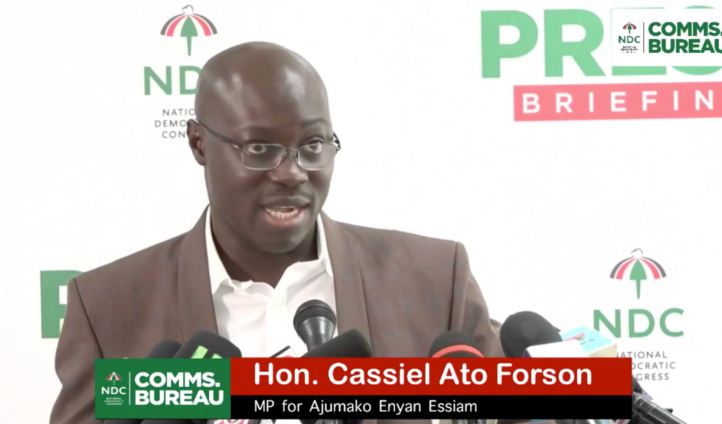 Cassiel Ato Forson told the media Tuesday that although the Minority tried to get government to present a periodic review document of the deal to Parliament for scrutiny, the Akuko-Addo administration vehemently opposed it.

This, he said, means government is determined to conceal essential information relating to the country’s mineral assets from the public.

“We [NDC minority] demanded that government incorporate in the agreement that periodic review document will be sent to the sovereign Parliament for us to at least have an oversight of what is going on in the cooperation.

“Unfortunately, this government vehemently opposed and voted against our presentation and that doesn’t mean that we will go by that understanding.

“So as [Minority in] Parliament we do not have the information on how to independently value the company Agyapa with our precious national asset,” he said.

In view of that, he added, “Clearly this agreement can never be Agyapa [to wit good father] certainly this is Agyabon [to wit bad father] and should not be accepted.”

Commenting on the cooperation being in Jersey, a tax haven, the Ajumako-Enyan-Esiam Constituency MP said it could elevate Ghana’s risk of being listed as money laundering jurisdiction or country.

The Ranking Member on Parliament’s Finance Committee further discounted the defence of the government on the prevention of double taxation on earnings from the agreement.

“The government’s explanation on this tax haven issue hasn’t been encouraging at all I will urge the government to come again.”