Riding through a remote valley in Mongolia on the back of his motorbike, adventurer Jamie Clarke let the hum of the engine and the wind echo in his mind while his thoughts wandered.

After several hours, he pulled over to shake off his helmet and take a look at the map.

This was what he loved about adventuring – the solitude, the landscape and the feeling of being in charge of your own destiny.

But when his 18-year-old son pulled up right behind him on his own motorcycle, he had a different take on the long ride they had just finished.

For him, being alone in his thoughts was novel and unsettling.

“Oh my God, that was terrible! I can’t be left with my brain like that!” 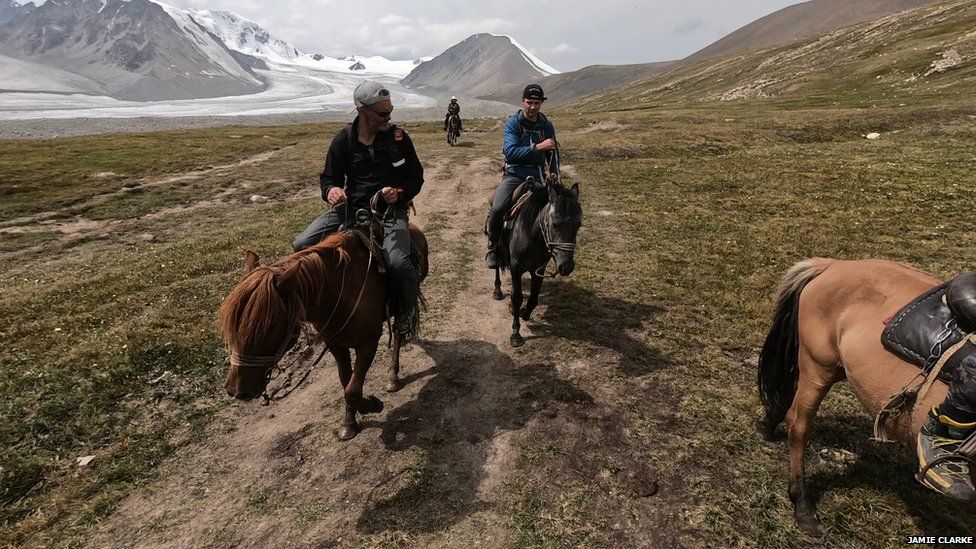 But that was precisely why the two had decided to embark on this adventure together.

Mr Clarke, a lifelong skier, mountaineer and trekker, had felt like he was losing touch with his son Khobe, who was always on his phone at their home in Calgary, Alberta.

He blames himself, partly. He has a smartphone just like everyone else, and he enjoyed playing games with his son on his Blackberry when he was small.

“If there’s any addiction that we have today as individuals and as a family, we (the parents) perpetuated it,” Mr Clarke told the BBC. “They’re cool devices, but we began to feel like they were controlling us and not vice versa.”

The issue had come to a head a few years before, when Mr Clarke went with his family to a remote ski lodge for a weekend to celebrate his 50th birthday.

The area had no wi-fi and no cell reception.

“I had never before that experienced a weekend without my phone, essentially,” Khobe told the BBC. “It was very weird for me.” 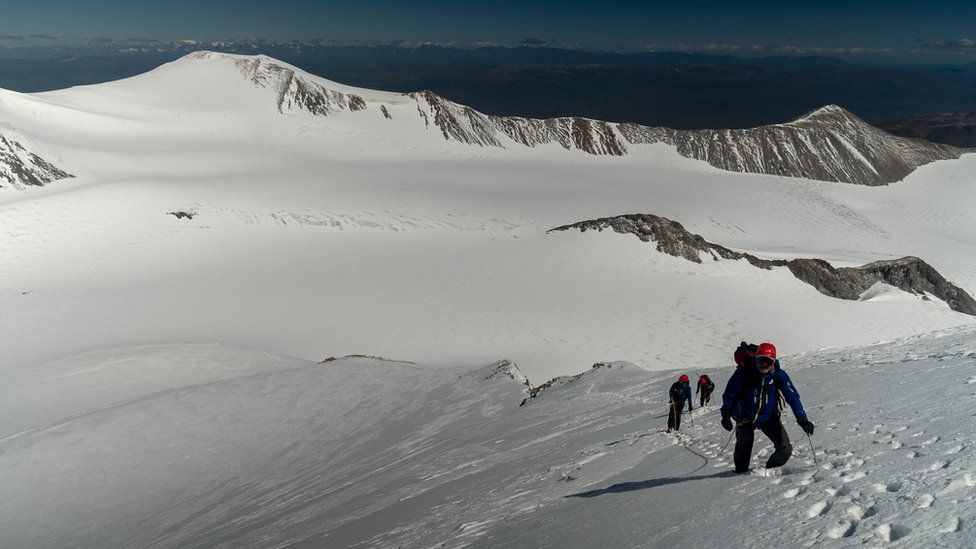 Khobe admits that at the time he was angry that he had to go, and miserable because without Snapchat or Instagram, he had no idea what his friends back home were up to.

That got his father thinking about the role technology had come to play in his family life – and about how to fix it.

For a long time, he had dreamed of travelling across Mongolia on a bike. Now that his son was older, why not do it with him?

About a year ago, he proposed it to Khobe. It wasn’t an automatic hit.

“But it kind of turned into this fun idea… it became such a thing of preparation that it was very exciting to go do it.”

Khobe got his motorcycle licence and the two practised longer trips. While his father has climbed Everest twice, Khobe had never climbed a mountain so he had to practise that, too. 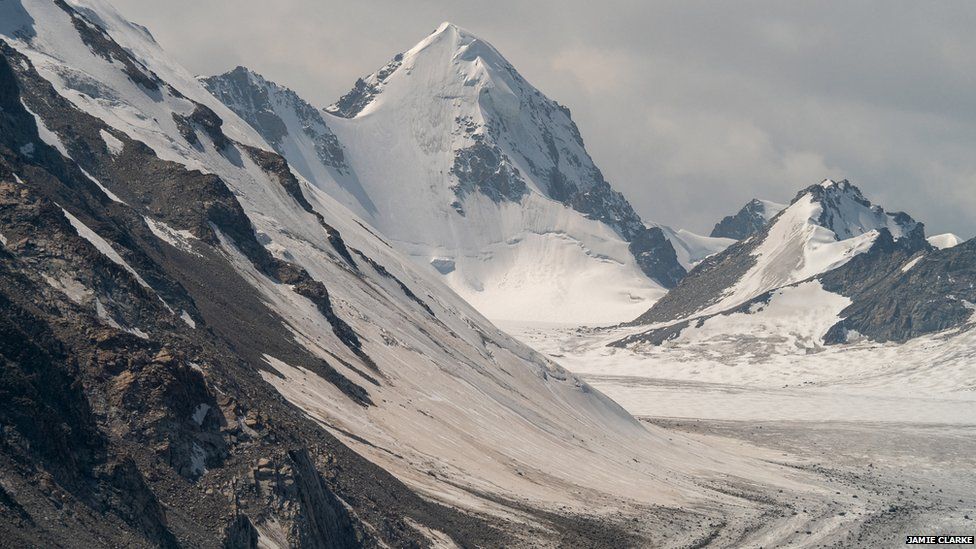 They left on 28 July, and over the course of the next month travelled more than 2,200 kilometres (1,367 miles) across Mongolia by motorbike, horse and camel.

Although the journey was certainly Instagrammable, they refrained from posting their photos online until after they returned.

Khobe says being away from his phone was a challenge.

“I think the whole time I was pretty consumed by missing my phone,” he says. “You realise how boring everything gets. When I’m bored I can just turn on YouTube or watch Netflix. What am I going to do, look at the stars and twiddle my thumbs?”

But he also says getting to know his dad was worth it, especially the time they spent off the road in their tents or yurts just cooking and bonding. 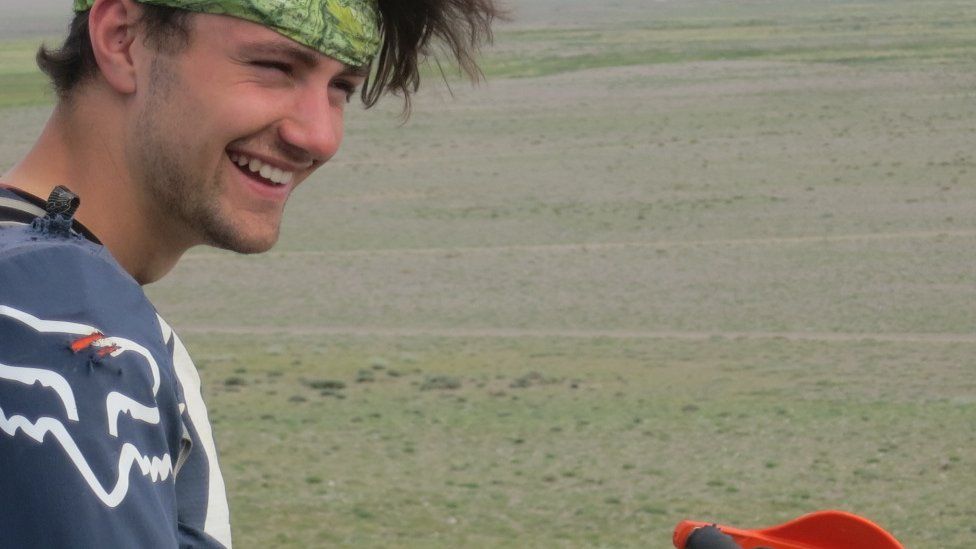 “I was surprised that when he’s away from a work environment and family that he acts maybe closer my age,” he says.

Similarly, Mr Clarke was surprised to learn how mature his son was when they weren’t confined to their typical father-son parenting dynamic.

“It helped me see Khobe in a new way. I saw him as a kid who kept leaving his jacket on the table, not cleaning up the dishes,” he says. “And I was able to see him step up to being a young man, and I was impressed by how well he was able to perform under pressure.”

You don’t have to go all to the other side of the world just to bond with your children, says Caroline Knorr, the parenting editor for Common Sense Media, a non-profit organisation that educates parents about media and technology. 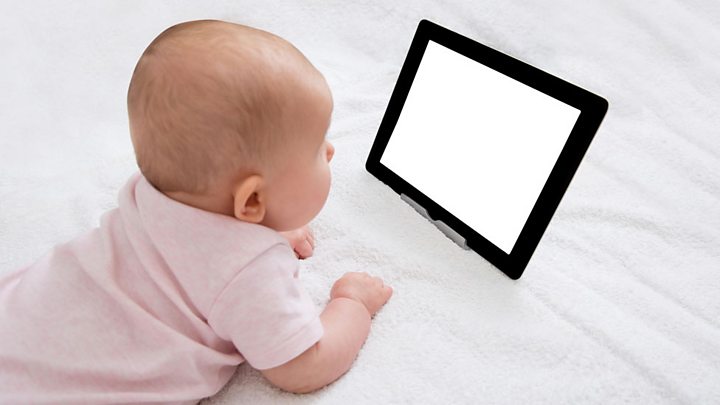 “Parents can establish screen-free time zones in the house all year round, but especially around vacations,” she says.

She says try and do fun things during unplugged time, like play a game, go for a walk or even watch a movie.

It’s easy around the holidays to find yourself reaching for your phone while you’re lying around the sofa, but Ms Knorr says it’s important to model the behaviour you want your children to adopt.

“The really important thing is for parents to communicate why that’s valuable. Why it’s a family value to have unconnected, unplugged time as human beings,” she says.

“Say explicitly ‘I’m turning off my phone so we can have family time’.”

Ms Knorr says it’s also important to not demonise technology, or your children for using it.

“I think a lot of time parents become really worried that ‘it’s the media that’s changing my kids’ behaviour’,” she says.

“But really what is leading that behaviour is a natural normal part of development where kids are becoming interested in pop culture and not as interested in family time.”

This natural part of teenagehood is compounded by social apps like Tik Tok and Snapchat, however, which are designed to keep users on for as long as possible in order to make money from advertising. 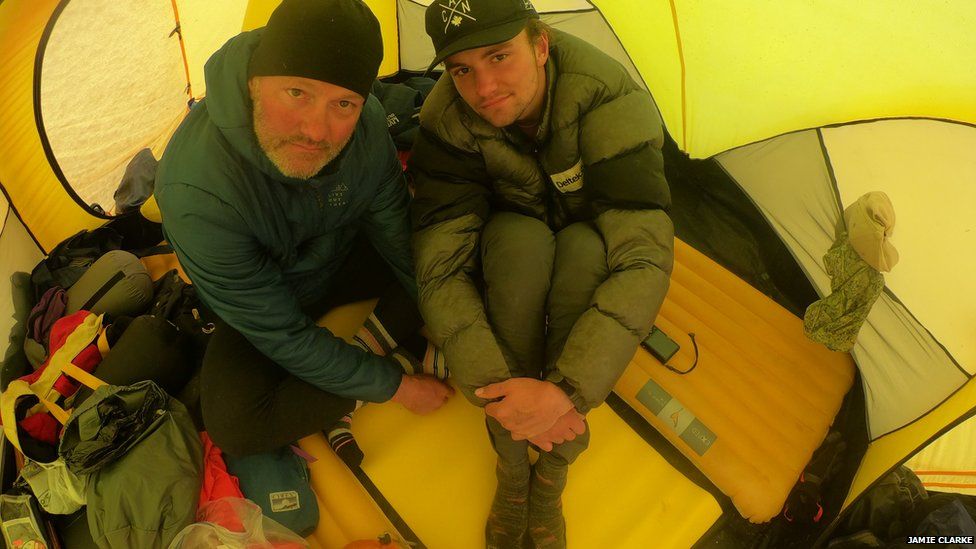 Khobe says “tent life” was his favourite part of the trip

Mr Clarke says now that their trip is over, he and his son are trying to apply some of the lessons they learned to their everyday life.

“I’ve got to realise that technology is valuable and use it, and he’s realising how consuming it is. And maybe both of us need to remind ourselves who’s in control – you or the app,” he says.

Khobe says he’s trying to make technology something he “wants to do, not has to do”.

“When you’re in a group of people and you’re supposed to have social interaction time, but everyone’s on their phone, that’s when I’ve tried to change my habits,” he says.

“It’s rude to not give people your undivided attention.”