‘This economy is on life support’ – John Jinapor - MyJoyOnline.com

‘This economy is on life support’ – John Jinapor 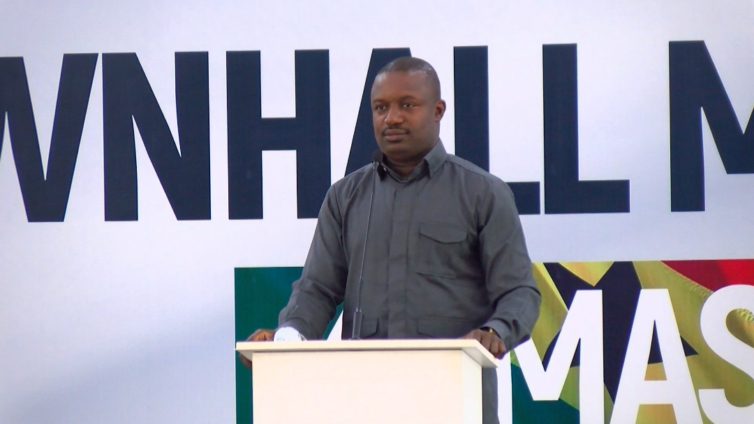 A member of Parliament’s Select Committee on Finance, John Abu Jinapor, says the economy is heading towards total shutdown if urgent measures are not put in place to reverse it.

The NDC MP described the economy as one on life support.

According to him, although the government has raised money through loans and taxes, it has failed to use the funds on capital expenditure.

Speaking at an NDC townhall meeting in Kumasi on Monday, Mr. Jinapor said the debt to GDP which is 80 percent, together with the low revenue puts the economy on the brink of collapse.

“The size of your GDP does not service your debt, it is your revenue. If you look at a country like Japan, their debt to GDP is like 100 percent but because their interest rate is just about 1 percent or 0.5 percent, they are able to pay and also they are able to generate revenue in order to pay”.

He continued, “This 80 percent GDP we are seeing is a tip of the iceberg, go and look at our total revenue or more importantly our tax revenue, then you get to know that this country is indeed on the path to a total shutdown and a total collapse”.

“It’s very serious and anybody who is sincere and looks at our figures will tell you that this economy is on life support and sooner than later if nothing is done to correct all these measures the Ghana economy will face imminent collapse”, he concluded.

Mr. John Abu Jinapor said increases in some taxes and levies have failed to rescue what he calls a failing economy; adding that the E-levy will fail to rectify the situation.