'This Salisu issue is a bit complicated; maybe he is not ready' – GFA Communications Director - MyJoyOnline.com

‘This Salisu issue is a bit complicated; maybe he is not ready’ – GFA Communications Director 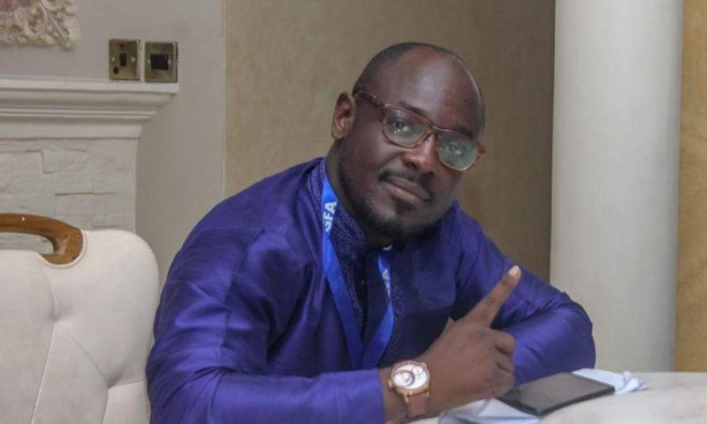 Communications Director of the Ghana Football Association (GFA) says Ghanaian defender Mohammed Salisu, may not be ready to accept an invitation to the Black Stars.

Henry Asante Twum believes this could be why he is yet to declare his availability for the country.

The 23-year-old Southampton defender has turned down several invitations by different national team coaches to represent Ghana, giving room to speculations that the enterprising defender is not committed to the course of the nation.

GFA President, Kurt Okraku, was in England last week during his two-week visit to some Ghanaian players in Europe.

On top of the agenda was to link up with Mohammed Salisu, who is yet to play for the Black Stars.

A video emerged on social media after their official conversation where the GFA capo and Salisu were seen chatting at a train station in England, heightening reports that the former Real Valladolid defender will soon agree to play for Ghana.

But Henry Asante Twum speaking on Luv FM’s ‘Kick Off’ Sports show, said though the talks with the defender were positive, Salisu may not be ready for the national team at the moment.

“He [Kurt Okraku] says it was positive; he says that the player cannot turn his back on his nation,” said Henry.

“Maybe, Salisu is not ready. Maybe he is not prepared. This Salisu issue is a bit complicated, so I want to be careful about dealing with it.

“I can only speak to the issue regarding the meeting between him and Otto.

“At the time Otto spoke to him, the player felt it was too close to the game so he needed time and so whenever that time comes and the coach still thinks he features prominently in his plans, he will consider playing for his nation,” he stated.

The GFA spokesperson however called on Ghanaians to be patient and not be emotional and sentimental on the complicated situation of Salisu Mohammed, because the player has never said he won’t represent his country of birth on the international stage.

“There has never been a point where Salisu has said that he wouldn’t play for Ghana so let’s not be too sentimental and emotional about this Salisu issue.

“Salisu is a Ghanaian; he recognises the fact that he is a Ghanaian and he can’t turn his back on the nation,” Henry added.