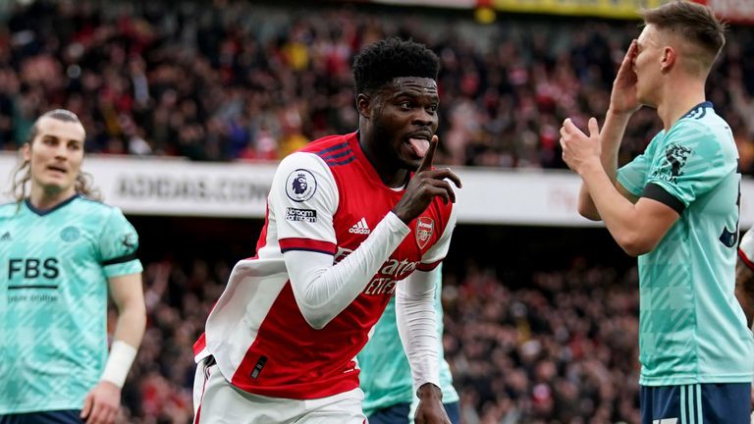 Black Stars midfielder Thomas Partey, has set his sights on playing in the Champions League with Arsenal.

Partey has not featured in Europe’s biggest club competition in the last two seasons, following a £45m from Atletico Madrid. Meanwhile Arsenal have also failed at qualifying for the competition since featuring in 2016.

“I think we are in a very big club, it is one of the biggest in the Premier League and that’s where they belong. They have to be competing in every competition and that’s the objective of the club but we have to go game by game. We have a couple of few games to finish and we have to approach every game like a final and that’s what we have to focus on.”

After a difficult start to life in the Premier League, Partey has started to turn the gears in London. He won Arsenal’s player of the month for February and Arsenal’s progression on the table has coincided with the midfielder’s surge in form.

As the Premier League reaches the business end of the season, Arsenal manager Mikel Arteta, has sent the deputy Black Stars captain a challenge to be consistent.

“It is what he can do [potential to be Arsenal’s best player] considering the ability he has – it is up there with the best in the team. But he needs to show consistently that he can do that. We are trying to adapt the game for him a little bit so he can be more decisive in games, to create more space for him,” Arteta said in a pre-match press conference.

The midfielder scored Arsenal’s first goal in the Gunners’ 2-0 win over Leicester. And as Arsenal look to make certain their place in the top 4, Arteta will be looking to Partey to do more to lead a talented Arsenal side with many young players.

DISCLAIMER: The Views, Comments, Opinions, Contributions and Statements made by Readers and Contributors on this platform do not necessarily represent the views or policy of Multimedia Group Limited.
Tags:
Thomas Partey
UCL