Three men indicted in the death of Ahmaud Arbery 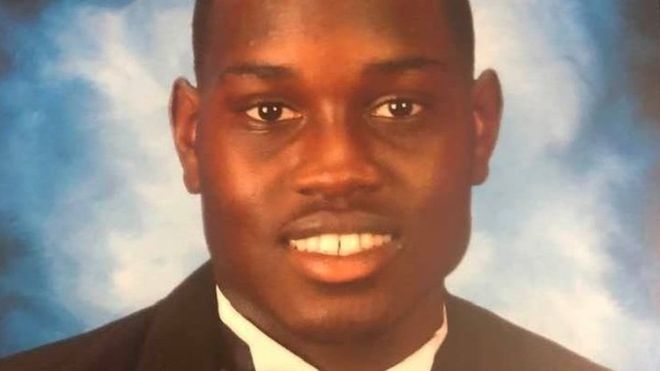 The three men accused in the February 23 shooting death of Ahmaud Arbery were indicted Wednesday by a grand jury, a district attorney said.

“We will continue to be intentional in the pursuit of justice for this family and the community at large as the prosecution of this case continues,” said Holmes, the specially appointed prosecutor in the case.

Arbery, a 25-year-old Black man, was jogging outside Brunswick, Georgia, on February 23 when Gregory McMichael and his son Travis chased him, authorities said.

The grand jury had been impaneled before a judicial emergency was imposed due to the pandemic. Social distancing protocols were followed when the jurors convened Wednesday morning, Holmes said.

Arbery’s family was notified today about the indictment, Holmes said.

“They had no idea when some of the next steps would happen after the last preliminary hearing,” Holmes said, adding “they were extremely happy” about the true bill.

After chasing down Arbery that February day, Gregory McMichael told police that Arbery and Travis McMichael struggled over his son’s shotgun. McMichael said two shots were fired before Arbery fell to the street, according to a police report.

Gregory McMichael told officers that he thought Arbery looked like a person suspected in a series of recent break-ins in the area, according to the report.

No string of break-ins was reported in the more than seven weeks before Arbery’s death, and there was only a burglary report after a gun was stolen from an unlocked vehicle in front of the McMichaels’ home, police said.

Bryan made the video recording of the fatal shooting that went viral and led first to the McMichaels’ arrests, and then to his own.

Investigators said they believed Bryan used his vehicle to try to “confine and detain” Arbery multiple times in the minutes leading to Arbery’s death, an arrest warrant says.

In testimony earlier this month, a Georgia Bureau of Investigation agent said Arbery probably felt trapped and that he had to fight.

“I believe Mr. Arbery was being pursued, and he ran till he couldn’t run anymore, and it was turn his back to a man with a shotgun or fight with his bare hands against the man with the shotgun. He chose to fight,” Special Agent in Charge Richard Dial said.

“I believe Mr. Arbery’s decision was to just try to get away, and when he felt like he could not escape he chose to fight.”

An attorney for Bryan has repeatedly said Bryan committed no crime and was only a witness.

An attorney for Travis McMichael has said he is not guilty, and “compelling evidence” will demonstrate that.

Gregory McMichael is also a victim of a rush to judgment, his legal team said.

Arbery was shot three times, including twice in the chest, according to an autopsy performed by Georgia Bureau of Investigation.

DISCLAIMER: The Views, Comments, Opinions, Contributions and Statements made by Readers and Contributors on this platform do not necessarily represent the views or policy of Multimedia Group Limited.
Tags:
Ahmaud Arbery
Murder