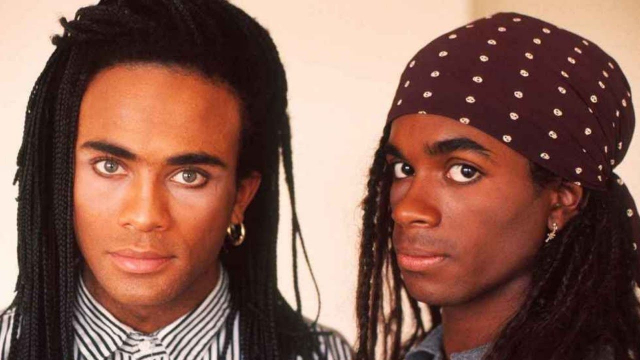 Have you ever thought of entire America loving you at one point and you will have to lose all that love in a split second?

Have you ever thought of working so hard for a Grammy award and you have to lose it in a split second?

On November 19, 1990, a music duo called Milli Vanilli, saw their roofs caved in on their hard-earned fame and this is how it happened;

Milli Vanilli was a German R&B duo formed in Munich. The group was founded by Frank Farian in 1988 and consisted of Fab Morvan and Rob Pilatus. The group’s debut album, titled ‘All or Nothing in Europe and reconfigured as Girl You Know It’s True in the United States, achieved international success and earned them a Grammy Award for Best New Artist February 21, 1990.

Frank Farian was the former manager of the award-winning music group, Boney M.

It is said that Frank Farian, after parting ways with Boney M, decided on forming a music group which he named Milli Vanilli. But according to sources, he didn’t find them marketable enough as he judged with their looks and that was how come he met Fab and Rob.

A contract was signed and the agreement was that the Fab and Rob were going to perform the songs the original Milli Vanilli had already recorded.

There were some successes as their songs made several waves worldwide including ‘Girl You Know It’s True’ which won them the Grammy award as the new artiste of the year. They enjoyed several successes around the world, an achievement which was going turn out to be their greatest nightmare.

During the 1990 MTV Awards, Milli Vanilli met their unfortunate tragedy which will later see the whole of America turning their backs on the once celebrated group.

As a tradition of the group for ages, the original song was being played in the background as Fab and Rob performed the song in a make-belief way. But on this day, they were not fortunate as there was a mistake when the most popular verse of the hit song kept repeating itself “girl you know it’s…. girl you know it’s…”

A mistake no one could tell whose fault it was and at this point, entire America including an auditorium filled with about 80,000 music lovers was exposed to a bitter truth.

History has it that, upon sensing the impending shame, Rob Pilatus fled the stage.

Their manager, Frank Farian, later disbanded the group and formed a new one with the original Milli Vanilli but was to no success.

Not long after, Rob Pilatus committed suicide; his body was found in a hotel. It was detected that he died of a drug overdose.

Several years later, in an interview, Fab Morvan revealed “I didn’t know what was going to happen because we signed the contract even though it was in German. We had to sign because we were desperate young men who wanted to get to the limelight.”

“I would advise everyone going into a contract to go with any form of legal presentation because as a young man sometimes, record labels want to use you because you have the looks and the drive,” he further stated.

According to Fab Morvan, it was after their tragedy that he found out; Frank Farian did a similar thing to Boney M as Bob Farrel lip-synced him (Frank Farian).

Several years after the tragedy, Fab Morvan moved on to live at Amsterdam where he became a DJ with Kiis FM and now performs ‘Girl You Know It’s True’ live.

DISCLAIMER: The Views, Comments, Opinions, Contributions and Statements made by Readers and Contributors on this platform do not necessarily represent the views or policy of Multimedia Group Limited.
Tags:
Milli Vanilli
R&B