Tim Berners-Lee says internet access should be a basic right 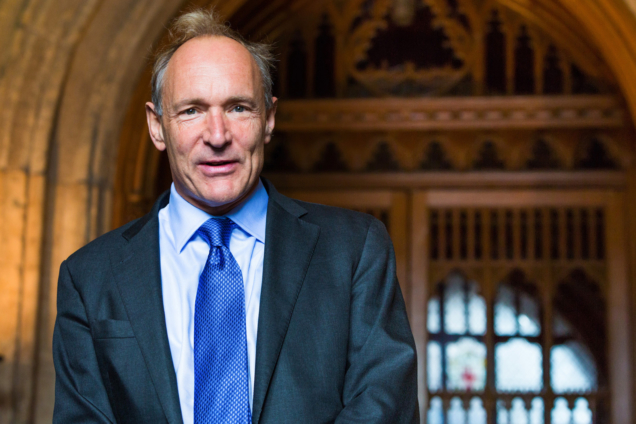 Tim Berners-Lee, the inventor of the world wide web, writes in a new post on the internet’s 32nd anniversary that governments must work to ensure global broadband access by the year 2030 in order to bridge the digital divide and better hold tech companies accountable.

“Governments need to pass effective laws that govern technology and hold companies to account for creating responsible products and services,” Berners-Lee writes in the post co-authored by his Web Foundation co-founder Rosemary Leith.

“Far too many young people remain excluded and unable to use the web to share their talents and ideas,” the post states.

And for every young person without internet access, there’s a “lost opportunity for new ideas and innovations that can serve humanity.”

The breadth of the digital divide has come into sharp focus during the coronavirus pandemic, as people tried to work and learn from home, often on less-than-ideal internet connections.

And the Federal Communications Commission’s universally disliked broadband maps don’t give a totally clear picture of the state of broadband access in the US.

Berners-Lee and Leith write that worldwide, the problem is similarly bad.

“Only the top third of under-25s have a home internet connection, according to UNICEF, leaving 2.2 billion young people without the stable access they need to learn online, which has helped so many others continue their education during the pandemic.”

Berners-Lee and Leith also cite the need to protect young people online from abuse and misinformation, “which threatens their participation and can force them from platforms altogether,” they write.

“This is especially true for those disproportionately targeted on the basis of their race, religion, sexuality, abilities, and gender.”

The pair call for access to the internet to be recognized as a basic right, and they say the costs of making sure every young person is connected “is well within our reach. Through funding for network infrastructure, subsidies, and support for community networks, we can get the web into the hands of every young person on earth.”

“An all-out push to connect the world will make sure that young people do not fall through the cracks.”

Berners-Lee and Leith say that the Alliance for Affordable Internet (A4AI), an initiative of the Web Foundation, “has calculated that $428 billion of additional investment over ten years would provide everyone a quality broadband connection. To put this in perspective, that amounts to the equivalent of just $116 per person for the 3.7 billion people who remain offline today.”

Providing universal broadband access within the next ten years “would deliver around $8.7 trillion in direct economic benefits,” they write, citing a new analysis by the Tony Blair Institute for Global Change.